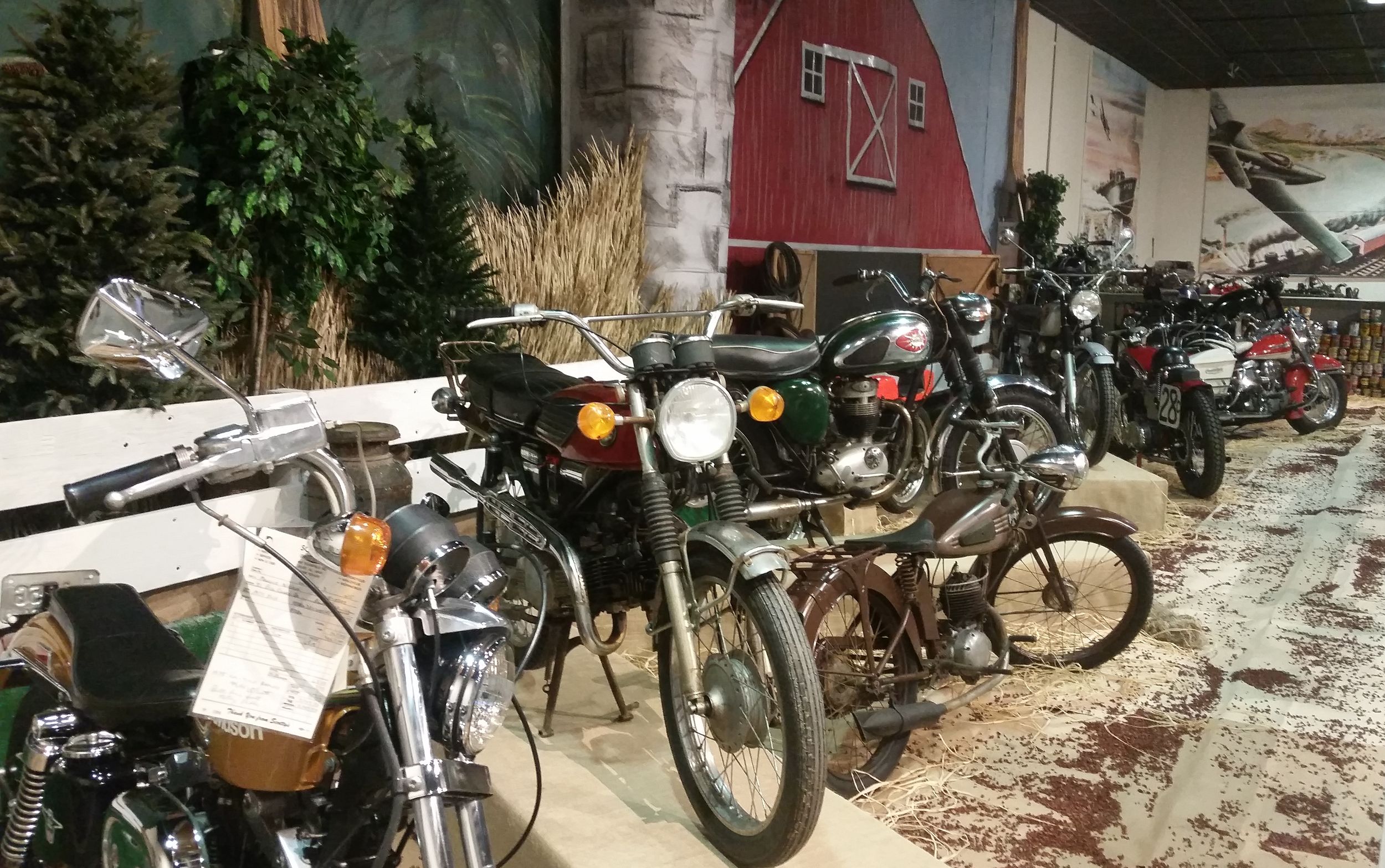 The National Packard Museum opens its “British Invasion” annual motorcycle exhibit Saturday. The exhibit is in its 17th year and will run through May 27.

The Henry Ford Museum in Dearborn, Michigan, has the hoods up on its cars to “expose the engines” through February 28.

The Auburn Cord Duesenberg Automobile Museum in northern Indiana recently received a 1948 Tucker on loan and will have it on display through April 15.

The North Carolina Museum of Art in Raleigh features “Rolling Sculpture: Art Deco Cars from the 1930s and ‘40s,” through January 15, 2017.

Additionally, the National Corvette Museum is headed to Charlotte, North Carolina, on May 8-12 for a “museum in motion” race-themed week. The trip includes a stop at the NASCAR Hall of Fame Museum, Charlotte Motor Speedway, various NASCAR race shops, as well as a very special visit to Rick Hendrick’s Heritage Center and Michael Curb’s Museum for Music & Motorsports

The Blackhawk Museum in Danville, California, hosts a cars and coffee event Sunday from 8-10 a.m., with similar events planned February 5 and, one February 19, a special celebration of Enzo Ferrari’s 119th birthday a cars and coffee presented by the Ferrari Club of America and the Alfa Romeo Association.

On January 15, the Petersen Museum in Los Angeles holds a Shelby cruise-in on the third floor of the parking garage. The show begins at 9 a.m. and celebrates Carroll Shelby’s birthday.

The Auburn Cord Duesenberg Museum presents a 1930 Ruxton as part of its “If These Cars Could Talk” lecture series, Saturday at 2 p.m.

January 19, the California Automobile Museum in Sacramento hosts “Sacramento Motorcycle Stories” as part of its Third Thursday program. The event includes local motorcycle historians and club members sharing stories with a Q&A session afterword. Guests can enjoy a display of clothing and artifacts along with free snacks, beer and wine will be available for purchase.

The NCM Motorsports Park in Bowling Green, Kentucky, has announced its 2017 schedule with events April 27-28, June 26-27, and August 26-27. Participants will be a part of a four-group program based on skill level separated into novice drivers, intermediate, advanced, and instructors. Registration is open and can be done online.

The National Corvette Museum holds a Kids camp day January 16 from 8 a.m. to 4 p.m. The program is designed to teach children to connect the dots using science to help solve a crime in a hands-on investigation of forensic science. The day is designed for ages 7-12.

Registration is open for the Michelin NCM Bash on April 27-29,. Attendees can attend seminars during the event on the seventh-generation navigation system, tires and brakes, hand building the LT4 engine, what’s new at the BG Assembly Plant, Corvette Racing, Transmissions and more.

The Auburn Cord Duesenberg Museum holds trivia night January 21. The event cost is $25 per person or $200 for a team of up to eight. The winning team will take home $300.