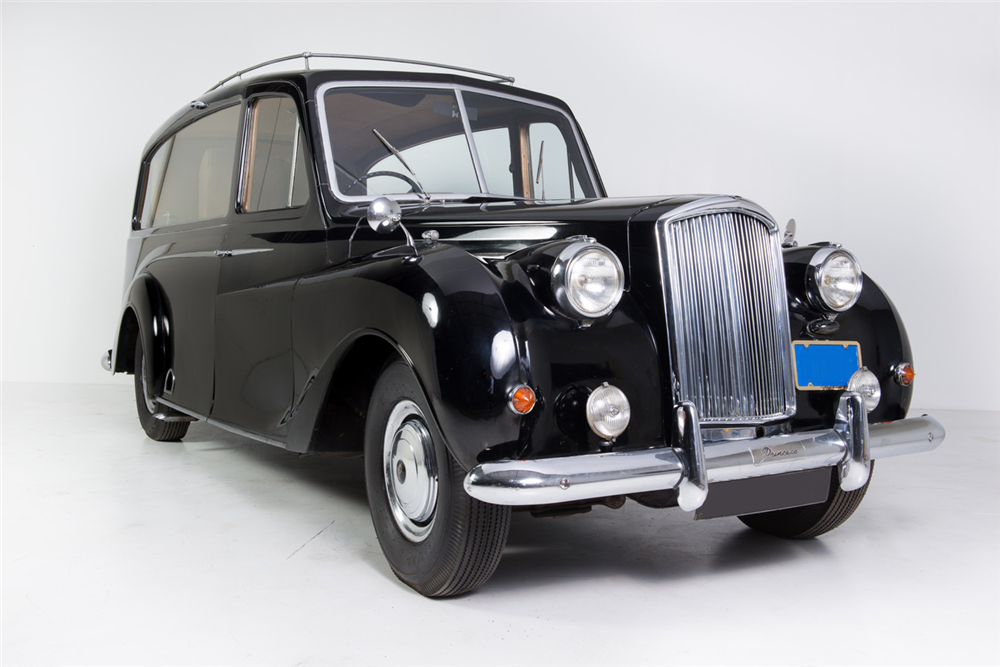 Editor’s note: This is the 21st in a 30-day sponsored series featuring cars to be sold January 14-22 during Barrett-Jackson’s 46th Scottsdale auction.

Offered at the 46th annual Scottsdale Barrett-Jackson auction, this 1956 Austin Type A135 was formerly owned by rock ‘n’ roll legend John Lennon and was featured in the 1972 documentary film Imagine.

Documented with an original and signed registration, this Type A135 is powered by a 3,995cc overhead-valve Inline 6-cylinder engine with 125 horsepower and linked to a 4-speed manual transmission. It features independent front suspension with coil springs, a solid rear beam axle with semi-elliptic leaf springs, and 4-wheel drum brakes. With a 3,353mm wheelbase, chassis DH2-12785 was completed with hearse coachwork by Arthur Mulliner Ltd. of North Hampton.

The car was initially acquired by a generations-old mortuary, Ann Bonham & Son,and  then was purchased in August 1971 by Lennon, as reflected by an original registration document that features the legendary musician’s printed name and his signature.

After extensive use in the filming of Imagine, Lennon unusually customized the Princess with two rows of airline seats complete with ashtray arms.

Later in 2008, the car was donated to the Austin Rock & Roll Car Museum, where it has been exhibited and serviced.