Panel beaters: Topics for talking in Arizona and Detroit 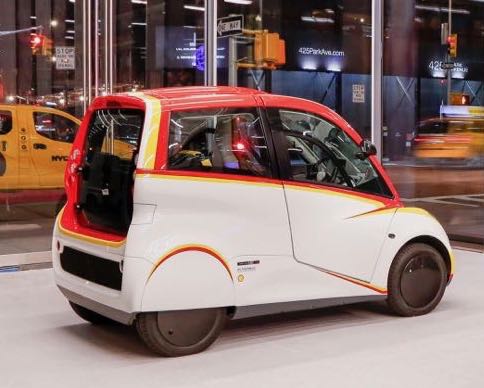 I’m old-fashioned and probably will always think of it as Arizona Auction Week, but Bob Golfen is right, with the Arizona Concours d’Elegance in its fourth year and the Future Classics Car Show in its second season and with a new weekend of car-oriented educational activities for pre- and brand-new drivers, it’s time to start calling it Arizona Car Week (which my colleague Bob has been doing for some time)… OK, I got that off my chest, so back to the original topic:

As Arizona Car Week approaches, I still disagree with Bob Golfen on one thing. I enjoy seminars and panel discussions; Bob isn’t quite so enthused about them.

In January, I’m particularly looking forward to three of the panel discussions — starting with the one I moderate every year as the Phoenix Automotive Press Association puts together a panel to preview auction — err — car week.

That one takes place Saturday morning, January 14, as the Arizona Biltmore resort and will be followed, after a coffee break (sponsored by ClassicCars.com), by what promises to be an informative discussion, “Legends: Pioneering Women in Racing” with Lyn St. James and company discussing the early days of racing and the sadly long-forgotten women who were part of it.

But they are forgotten no longer, in part because of books such as the Bugatti Queen, written by Miranda Seymour, who will be part of Lyn’s panel. (Oh, and after Lyn’s panel, stick around and hear racer-turned-team owner Bobby Rahal talk about what it takes to run a big-time racing program.)

Usually, my favorite panel presentation of the week is the one that Hagerty does on the collector car marketplace, but this year I’ll miss that one because I’ll be a panelist myself. Hard to believe, but the folks at Coker Tire think there are people who might be interested in my thoughts on “Revving Up Your Investments with Collector Cars,” so I’ll be at the Russo & Steele auction venue at 10 a.m. on Friday, January 20, joining Wayne Carini of Chasing Classic Cars, Clint Sly of Hagerty and Coker’s Wade Kawasaki on the panel.

Speaking of panel presentations, I’ll also miss one in Detroit that promises to be particularly enlightening. As part of the 2017 North American International Auto Show, Shell Oil is sponsoring “The Futures Forum,” with Michael Shanks, professor at the Center for Design Research at Stanford, moderating a symposium about our automotive future.

Panelists include an architecture professor; the chief technical officers of India’s Hero MotoCorp and from the International Transportation Innovation Center in South Carolina; the features director for two major Italian magazines; a U.S. Senator; the vice president of engineering for industry solutions at Google; plus Johann Lamercier, program manager for Ferrari Design; Stewart Reed from the Art Center College of Design; Ed Welburn, recently retired head of design at General Motors; and Mark Gessler, president of the Historic Vehicle Association.

Register for this seminar and you also can sign up to drive the Shell Concept Car designed by Gordon Murray.