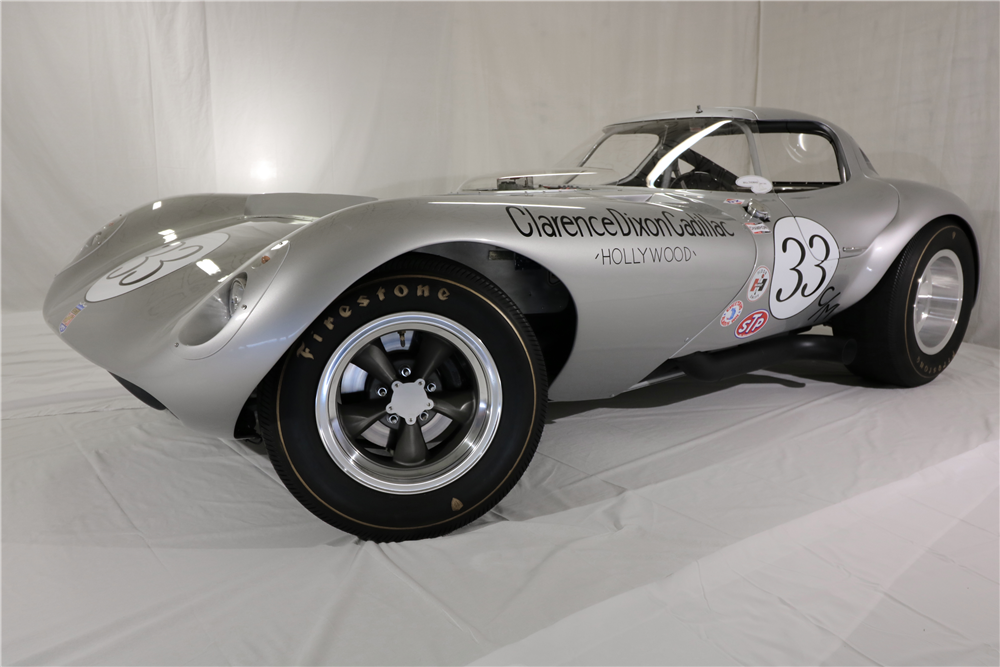 Editor’s note: This is the 20th in a 30-day sponsored series featuring cars to be sold January 14-22 during Barrett-Jackson’s 46th Scottsdale auction.

Offered at the 46th annual Scottsdale Barrett-Jackson, this 1964 Cheetah, No. 006, was built for competition at Bill Thomas Race Cars in Anaheim, California.

Over three years of racing, the Cheetah was upgraded by Bill Thomas with a wide body, Ansen rear wheels with Firestone Indy tires, dual Corvette radiators, upgraded heavy-duty chassis for the new 396 Corvette engine (rated with 425 horsepower, and mated to a M22 Muncie Rock Crusher) and disc brakes.

One of just 15 known to survive, this is the only Cheetah built and raced with the famous Corvette L88 aluminum-head racing engine option. It also has the lowest-mile 1967 Corvette L88 IT-code crate engine known to exist, according to the consignor.

A nut-and-bolt restoration was recently performed by BTM LLC of Arizona. During the restoration, the ’67 M22 Muncie 4-speed manual transmission was rebuilt, as was the heavy-duty 4.11 rear axle. It still retains its original 4130 chromoly chassis and suspension, complete original fiberglass body, and original fiberglass and aluminum interior.

The car has had seven owners since April 1964, and each is fully documented. It was titled and licensed for street use by the third owner in 1969 in Utah. With the ID number visible on the front upper frame rail, the car has five years of SCCA/FIA racing history including the Times Grand Prix (Riverside), Laguna Seca, Willow Springs, Pomona, Bend (Oregon), Odessa (Texas), Star Dust, War Bonnet, Davis Monthan AFB (Tucson, Arizona), Santa Barbara, and Airport #2 (Utah).

Other highlights in its history include the fact that it was a 1968 Southern Pacific Region SCCA A/SR champion with the 427 L88. The drivers were Jack Goodman, Mike Jones, Ralf Piccard, Jim Phillips and Sid Harmon.