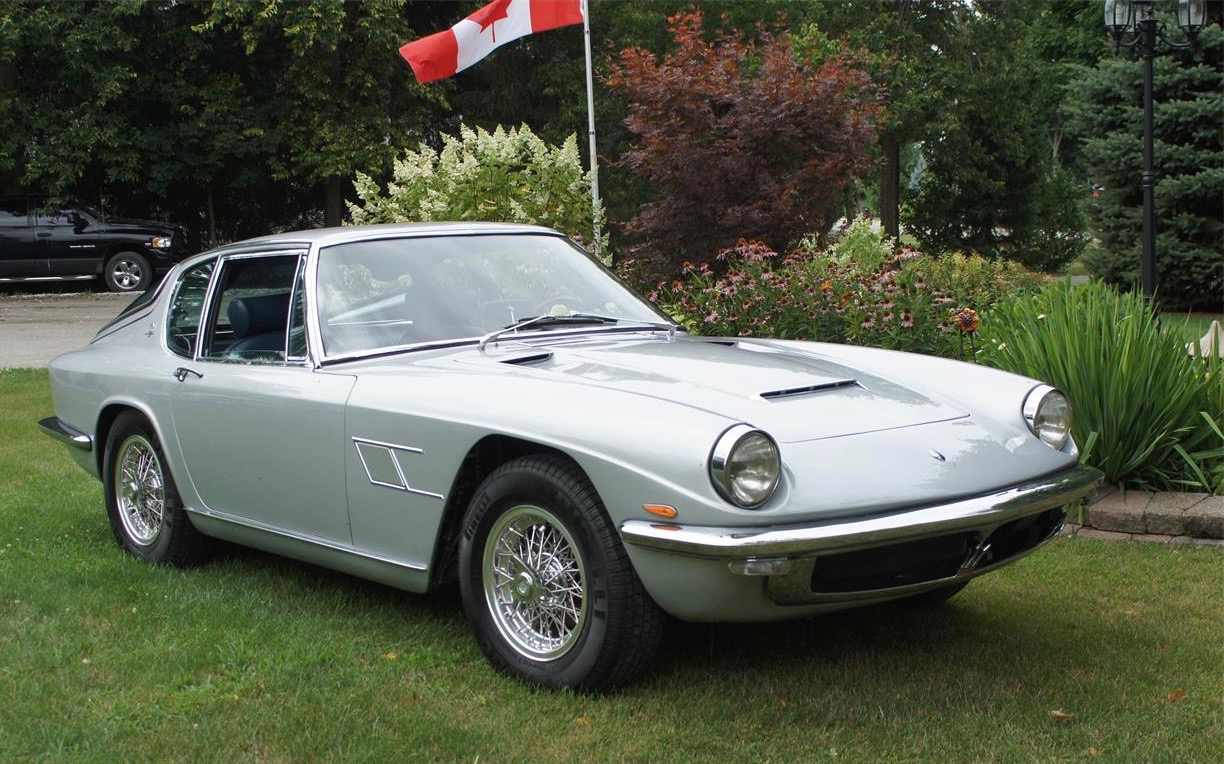 Between 1963 and 1970, Maserati produced the Frua-designed, Maggiora-bodied Mistral — a few more than 800 coupes and 125 Spyders. Pick of the Day, a 1967 Mistral, is one of only 189 coupes carrying the optional 4.0-liter version of the road-going version of Maserati’s straight-6 Grand Prix racing engine.

In an advertisement on ClassicCars.com, the private seller notes that the car underwent a rotisserie restoration in 1997 and has been “sympathetically used and maintained since,” and adds that, “I have been the custodian of this fine automobile for almost 20 years and it has been my sincere pleasure but it is finally time to move it along to someone who will appreciate it as much as I have.”

Its original Lucas injection system has been uprated with Bosch and Kinsler Engineering components for increased performance and first-run starting whether hot or cold — and no fuel starvation in turns — the seller notes, adding “this work has been done discreetly, wherein all components are hidden from view.”

The car was repainted in 2015 and also received new weatherstripping, and in 2016 a NOS Ansa performance exhaust and new clutch assembly were installed. It also was displayed in 2016 at the Cobble Beach Concours d’Elegance.

“Mistrals are equally happy being lugged around the city, the long-stroke 6 with 290 lb-ft of torque assures strong reserves of acceleration in any gear,” the seller writes.

“While the rear, semi-elliptic, suspension and rigid Salisbury axle are not earth shattering technology, when combined with large front and rear anti-roll bars the vehicle handling is competent and the ride exceptionally supple.

“Large dual cross-circuit front and rear Girling disc brakes make for confident braking under all circumstances. The steering is standard recirculating ball but is easy to negotiate at slow speeds and arrow straight at triple-digits.”

The seller in Chatham, Ontario, is asking $210,000 but will consider both the best offer and a possible trade.