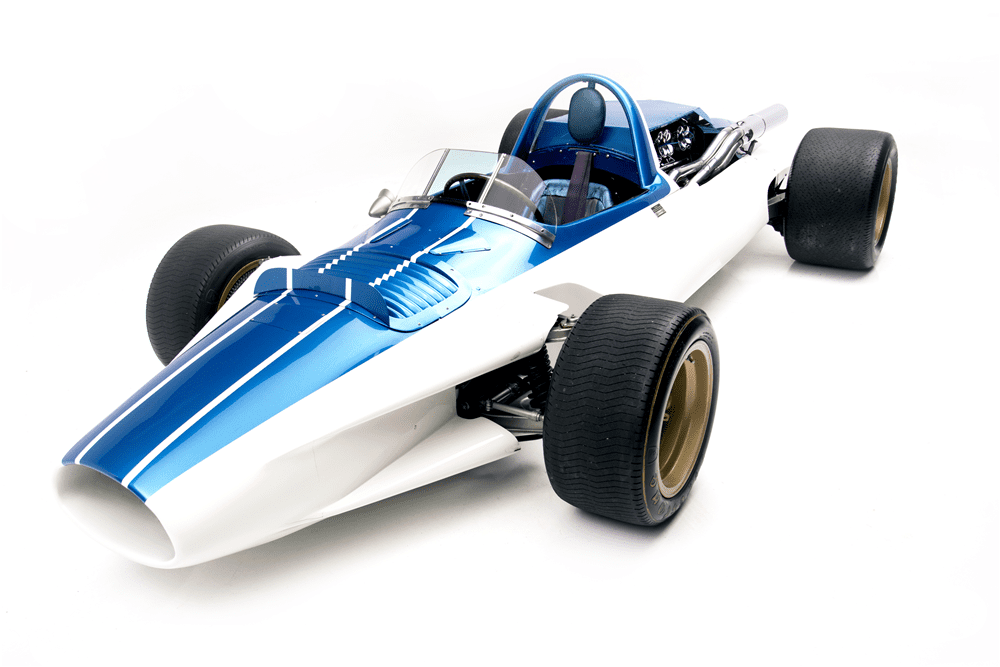 Editor’s note: This is the 18th in a 30-day sponsored series featuring cars to be sold January 14-22 during Barrett-Jackson’s 46th Scottsdale auction.

Offered at the 46th annual Barrett-Jackson  Scottsdale auction is one of the most important pieces of American automotive history, the Chevrolet Engineering Research Vehicle (CERV) 1.

CERV 1 was developed between 1959 and 1960 by Corvette chief engineer Zora Arkus-Duntov as a functional, mid-engine, open-wheel, single-seat prototype racing car and served as Duntov’s personal Corvette engineering test bed and as a platform for engineers to develop and refine Chevrolet body, chassis and suspension systems.

Duntov drove the CERV 1 in demo laps at the U.S. Grand Prix in 1960, but that is as far as its racing aspirations got because of the ban on manufacturer-sponsored racing that went into effect.

The car was designed by Larry Shinoda and Tony Lapine and was originally equipped with a 283 small-block V8 engine, rated with 350 horsepower, weighing only 350 lbs because of the use of aluminum and magnesium  components. CERV 1also was used in the development of fuel-injection for the small-block V8.

Later, for even greater performance, Duntov refitted the CERV 1 with a 377 aluminum small block, an advanced Rochester fuel-injection system, and Indy-style wheels and tires. Shinoda also redesigned the body structure for improved aerodynamics and the car recorded a top speed of 206 mph.

The sale includes paperwork and history on the car, which stands as one of the experimental landmarks of GM history.