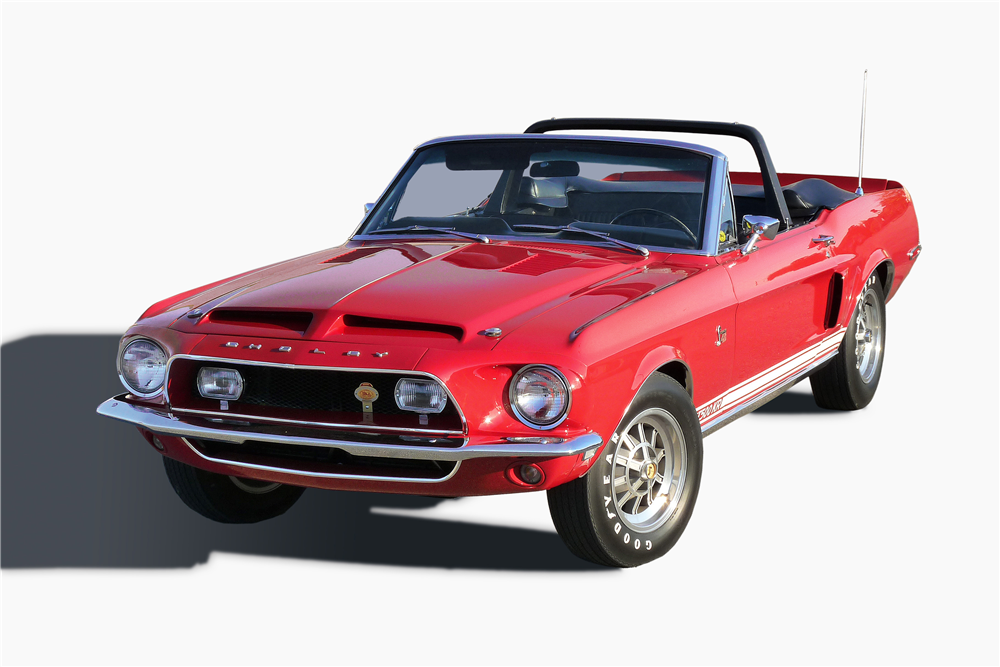 Editor’s note: This is the 16th in a 30-day sponsored series featuring cars to be sold January 14-22 during Barrett-Jackson’s 46th Scottsdale auction.

Offered at the 46th annual Scottsdale Barrett-Jackson auction, this 1968 Shelby GT500 KT convertible has a documented history and is listed in the Shelby American Automobile Club.

This Shelby GT500 KR originally was lime green and was painted red during a restoration performed by Scott Minch, the owner of Kar Kraft, the shop that worked on many Shelbys under contract from Ford. The restoration utilized re-creation parts to maintain the factory look and feel, such as paint-approval stamps.

After restoration the car changed hands to a SAAC state representstive and went on to win many awards, including the Lew Spencer award  from SAAC 33 and a senior award from the American Automobile Club of America.

Codes reveal that all of the components are date-correct and the drivetrain is original. The car features a 4-speed manual, tilt steering, and 10-spoke wheels.