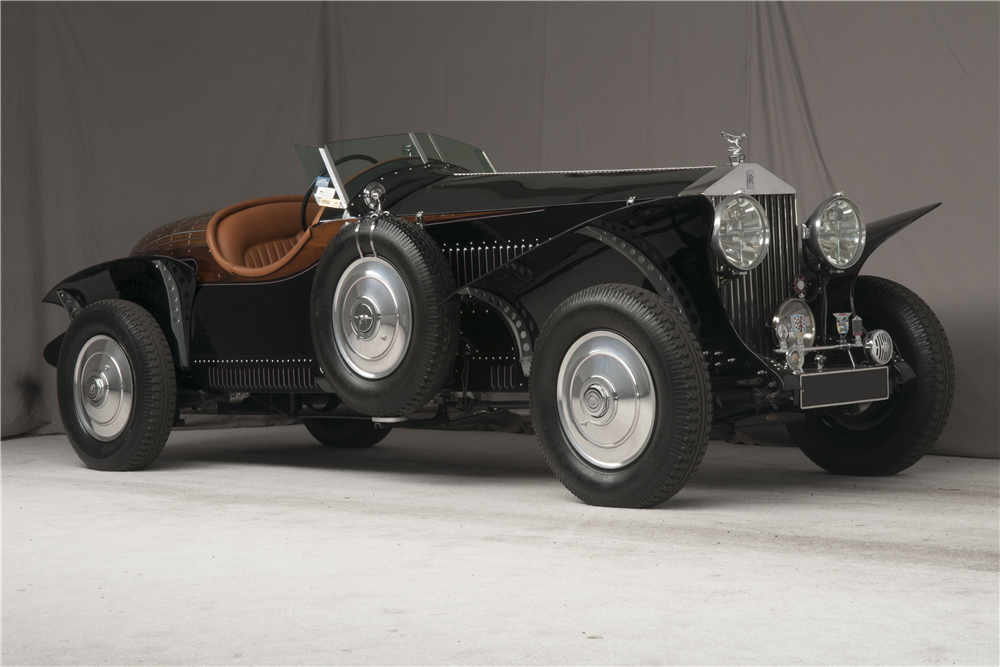 Editor’s note: This is the 15th in a 30-day sponsored series featuring cars to be sold January 14-22 during Barrett-Jackson’s 46th Scottsdale auction.

Offered at the 46th annual Scottsdale Barrett-Jackson auction, this 1938 Rolls-Royce Boattail Speedster, GR063, originally started life as a 4-door sedan. During the bombing of London in 1939 the car was given to the war effort and converted into an ambulance hearse that was used throughout the war.

In the mid-1980s it found its way to Los Angeles, where it was stripped of its  coachwork and restored to be displayed as it appeared originally from the factory. After 25 years, it was decided that it was time to give GR063 a new life as a very special speedster.

In January 2011, a completely new and original body was designed, incorporating many new elements, including moving the 4.25-liter 6-cylinder engine, manual transmission and firewall back 18-inches, giving the car improved balance and handling as well as a more stylish look.

The emergency brake was moved to the outside of the body while new factory rods and inserts were installed. Unibody construction was utilized for strength and a total weight savings of over 2,500 pounds. Additionally,  the single hood hinge was replaced with twin hinges to match the shape of the iconic Rolls-Royce radiator.