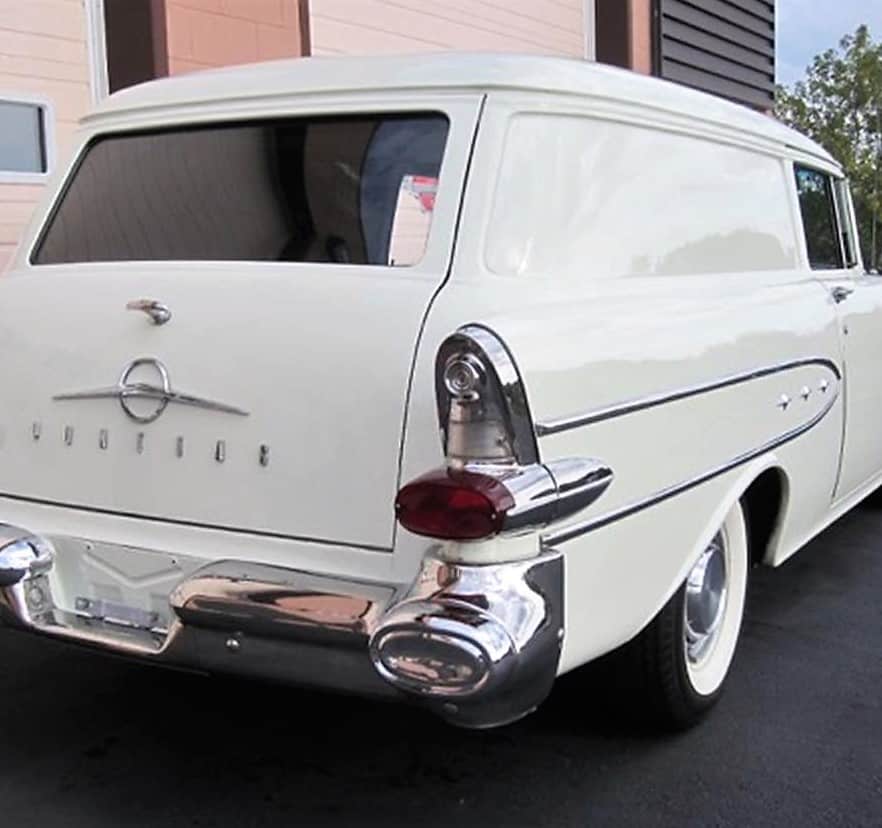 The Pick of the Day is an unlikely vehicle from the ’50s that most people probably have never seen or even knew existed. The 1957 Pontiac Pathfinder sedan delivery is one of those Canada-only General Motors products that manages to look alien and familiar at the same time.

Before the name Pathfinder was adopted by Nissan for its SUV, it was a Pontiac brand used only in Canada that designated a lineup of base-model wagons that were actually a mix of Chevy and Pontiac components. The Pathfinder sedan delivery was a low-production model, with only 857 produced for 1957, with very few of them remaining, according to the Waterloo, Ontario, dealer advertising the Pontiac on ClassicCars.com.

“The Pontiac version of the sedan delivery was unique to Canada, built in Oshawa and for the Canadian Market only, an oddity today especially to those outside of Canada, as many are unaware that such vehicle exists, as they were never in the U.S.,” the seller says in the ad.

These were basic work trucks, despite the premium Pontiac brand and styling; GM in the U.S. stopped making Pontiac sedan deliveries in 1953, with the more-common Chevrolet sedan deliveries built through 1960. The dealer calls this one an “excellent example sympathetically restored as new,” with original sheet metal and painted its factory color of Imperial Ivory.

To have any sort of sedan delivery restored to original stock condition is a rarity in itself since they are so popular as objects of modification with street rodders. The Pontiac is powered by its correct Chevrolet-based 260 cid inline-6 with a three-speed column shift plus overdrive. The interior and cargo area also have been restored as original. The full hubcaps and whitewalls are probably not to original spec, but that give the wagon a tidy look.

The Pathfinder shows around 50,000 miles on its odometer, and appears to be free of rust or accident damage, the seller notes. It is well-documented, the seller adds, showing that it was the 521st sedan delivery built, as well as the build date, sold new by a dealer in Lethbridge, Alberta, and with correct trim code and engine type.

The selling dealer asks to be contacted for the asking price, and it’s pretty much impossible to come with a value for this rare wagon. But it probably won’t break the bank, and the next owner can revel in the fact that no one else in the local Pontiac club is likely to have one of these.