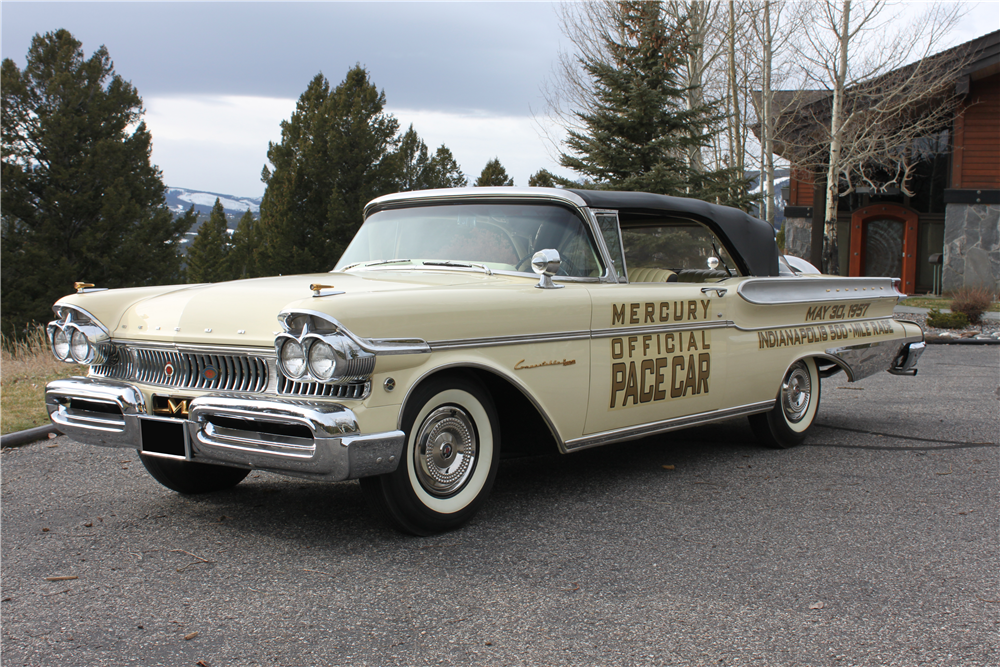 Editor’s note: This is the 13th in a 30-day sponsored series featuring cars to be sold January 14-22 during Barrett-Jackson’s 46th Scottsdale auction.

Offered at the 46th annual Scottsdale Barrett-Jackson auction, this 1957 Indy 500 Pace Car was restored to concours condition in 2000 and has been driven only 32 miles since the completion of the work.

The car is factory-equipped with front and back Mercury-only deluxe seatbelts. It’s also equipped with optional factory air conditioning, which was installed on less than 1 percent of all 1957 Mercurys and features a V8 mated to an automatic transmission.

This Mercury was selected by FoMoCo to return to the Indianapolis 500 in 2004 to pace 50 new 2004 Mercury Marauders for a TV commercial.

The sale of this car includes a signed photo from Sam Hanks, winner of the 1957 Indy race.