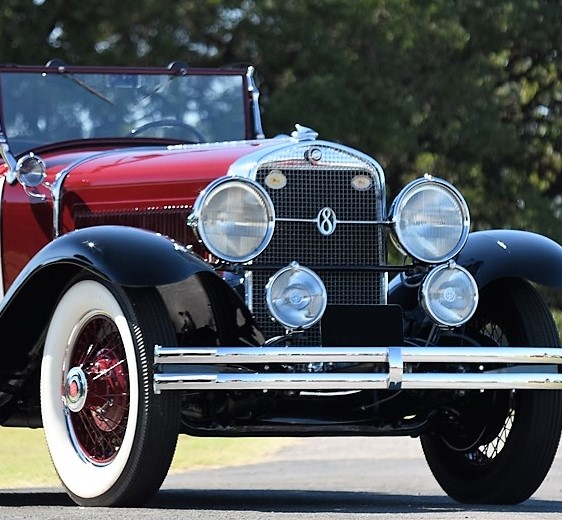 A wide-ranging group of 145 cars from the Charlie Thomas collection will be sold at no reserve during Barrett-Jackson’s flagship auction, January 14-22 at WestWorld in Scottsdale, Arizona.

The diverse collection ranges from pre-war classics to muscle cars, from European compacts to American luxury cars, street rods, sports cars, even a couple of boats, all of them described as being in excellent condition. The vehicles were hand-picked over the years by Thomas, a Texas auto dealer, banker and real estate professional, who also is the former managing partner of the NBA’s Houston Rockets.

Thomas said the breadth of his collection led him to choose Barrett-Jackson because of its reputation for attracting bidders with a diversity of collector car interests.

“They’ve got more buyers, and a wider variety of buyers,” Thomas said in a news release. “They’ve got a buyer for everything, and with the spread of cars I’ve got, I’m going with them.”

Among his top cars from six decades that will be crossing the block:

1929 Studebaker President (Lot 1278) – The Indiana automaker’s top-of-the-line model, this roadster in silver and maroon is powered by an L-head straight-8 engine.

1939 Ford Deluxe Cabriolet (Lot 1015) – This rumble-seat convertible was restored with new-old-stock parts and driven only test miles since.

1949 Cadillac Series 62 convertible (Lot 1277) – The brawny luxury car is powered by a 331 cid V8 with Hydramatic transmission, and is fully restored in black with a maroon interior.

1962 Chevrolet Impala convertible (Lot 1279) – From the dawn of the muscle-car era, the Roman Red Impala has the famous high-performance 409 cid V8 under its hood, hooked up with a T-10 four-speed transmission and positraction rear.

About 1,500 vehicles are expected for the Scottsdale auction, with nearly all of them being sold at no reserve.

The massive Scottsdale event is well-known for its carnival atmosphere, hundreds of venders and displays, and crowd-pleasing attractions, with as many as 200,000 ticket holders attending during the weeklong collector car extravaganza. The auction action is televised on the Velocity and Discover channels.

For information about the Scottsdale auction, visit the Barrett-Jackson website.