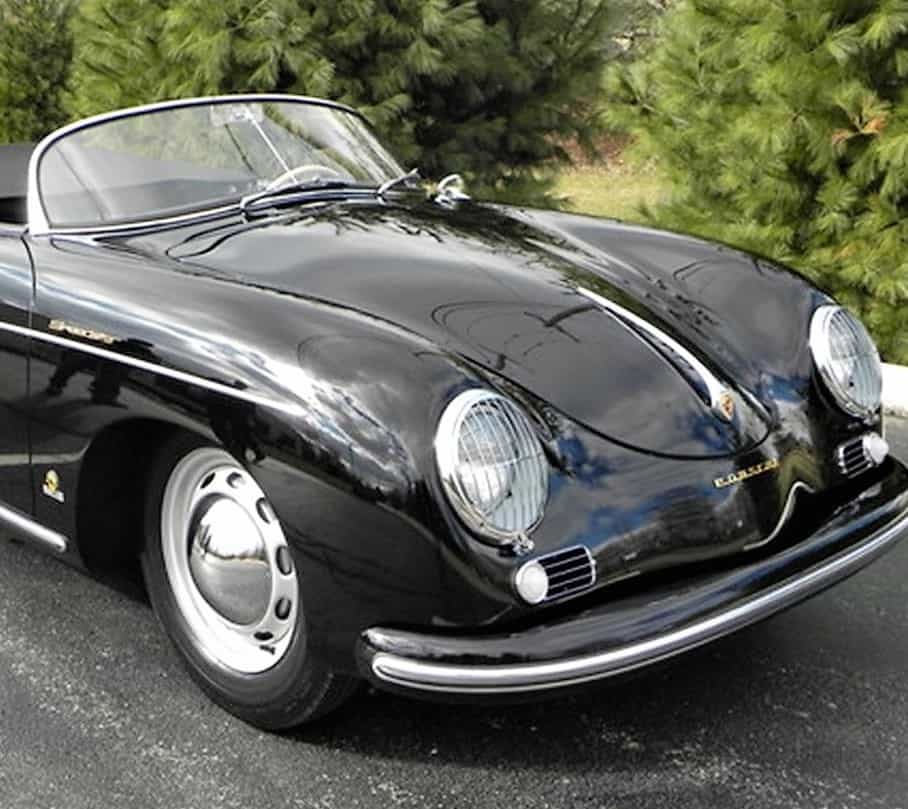 With Christmas Eve coming right up, I’m sure you’re plenty busy loading up the sleigh, but just give me a minute. I’ve been good this year (relatively speaking), so here is what I would really, really like to find under my tree Christmas morning (or maybe in the driveway would be better).

It’s the Pick of the Day, a 1955 Porsche 356 Speedster fresh out of restoration. Yeah, I know that ratty-but-running Speedsters seem to be all the rage, ala Jerry Seinfeld and such, but I would prefer a sweetly restored one that’s all ready to go and not held together by duct tape.

Santa, truly you would not have to bring me anything else, no garish ties or funky tech gadgets, just the Porsche. That seems fair, right?

Speedsters are the coolest, and this one being advertised on ClassicCars.com by a private seller in Galena, Ohio, sounds like just the thing. The car has had “every speck of detail meticulously noted and restored as needed,” the seller says, including perfect panel fit and a glossy black paint job that the seller notes cost $50,000. Wonder if the elves could have done it more cheaply.

No matter, because the Speedster looks so great in the photos. These cars were originally Porsche’s effort to offer a more-affordable roadster to compete with the MGs, Triumphs and Alfas that were so popular in the ’50s, and they were less expensive than Porsche’s other 356 models.

The stripped-down, lightweight and extremely stylish Speedsters were a huge hit, particularly since they proved so successful in club racing. This Speedster is equipped with its original 1500 Super flat-four engine that provided a scotch more power than the normal engine. Still, what these little beauties lack in straight-line power, they more than make up in maneuverability and joyful driving character.

And today, Speedsters are climbing in value at an amazing rate, getting into the half-million-dollar range. True, there are tons of replicas out there (many more than real ones), but there’s nothing like the real thing, baby. So please, Santa, no fiberglass.

Yes, I know the Speedster is quite pricey at $329,000, but hey, you’re Santa Claus, so I’m sure the seller will offer you a discount. And if you come around on Christmas Day, after you’ve delivered toys to all the other good boys and girls, I’ll take you for a ride so you can see for yourself what all the fuss is about.