Beaulieu will do ‘pop-up’ autojumble at classic car show 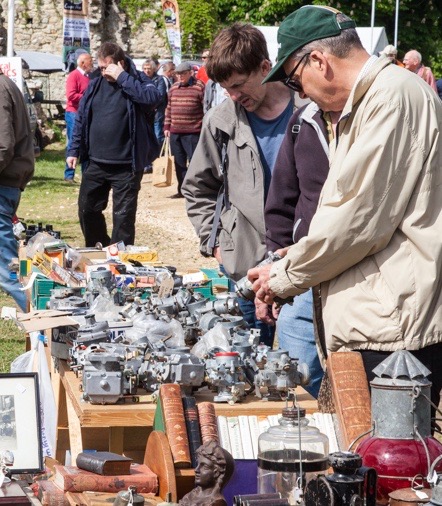 What you might recognize as a rummage sale is called a jumble in England.

Back in 1967, the Montagu Motor Museum held a jumble that was different. Everything for sale on the museum’s lawn was related to transportation, from car parts to books, advertising signs to hood ornaments. They called it an autojumble and it was the first of its kind in the U.K.

Since then the museum has become known at the National Motor Museum, or simply Beaulieu for short, and its autojumbles have become famous. So famous that to celebrate its 50th anniversary, a Beaulieu autojumble will be held for the first time away from the museum grounds February 25-27, 2017, as part of the 2017 London Classic Car Show.

While the annual Beaulieu (now) International Autojumble features some 2,000 vendors, draws 38,000 people and covers three massive fields on the museum grounds, there will be room for only 60 Beaulieu autojumble vendors to set up their booths within the ExCeL London as part of the classic showcase.

Thus the “Pop-Up Autojumble” as show organizers term it.

“Beaulieu created the autojumble movement a remarkable 50 years ago and we are very excited to have the very first Beaulieu Pop-up Autojumble at the London Classic Car Show, the first time it has left Hampshire,” classic car show event director Bas Bungish said in a news release.

“In its entire 50 years, this is the first time our Autojumble has ventured away from Beaulieu,” said Jane Riddiford, information manager for the National Motor Museum. “While we obviously can’t recreate the entire event at the London Classic Car Show, the Pop-Up Autojumble will give a real flavour of the world-famous events we hold here.

“We are sure our presence in London will entice more visitors to Beaulieu for this year’s two events, the Spring Autojumble (May 13-14) and the International Autojumble (September 2-3). Come along, you’ll be amazed at the treasure trove on offer.”