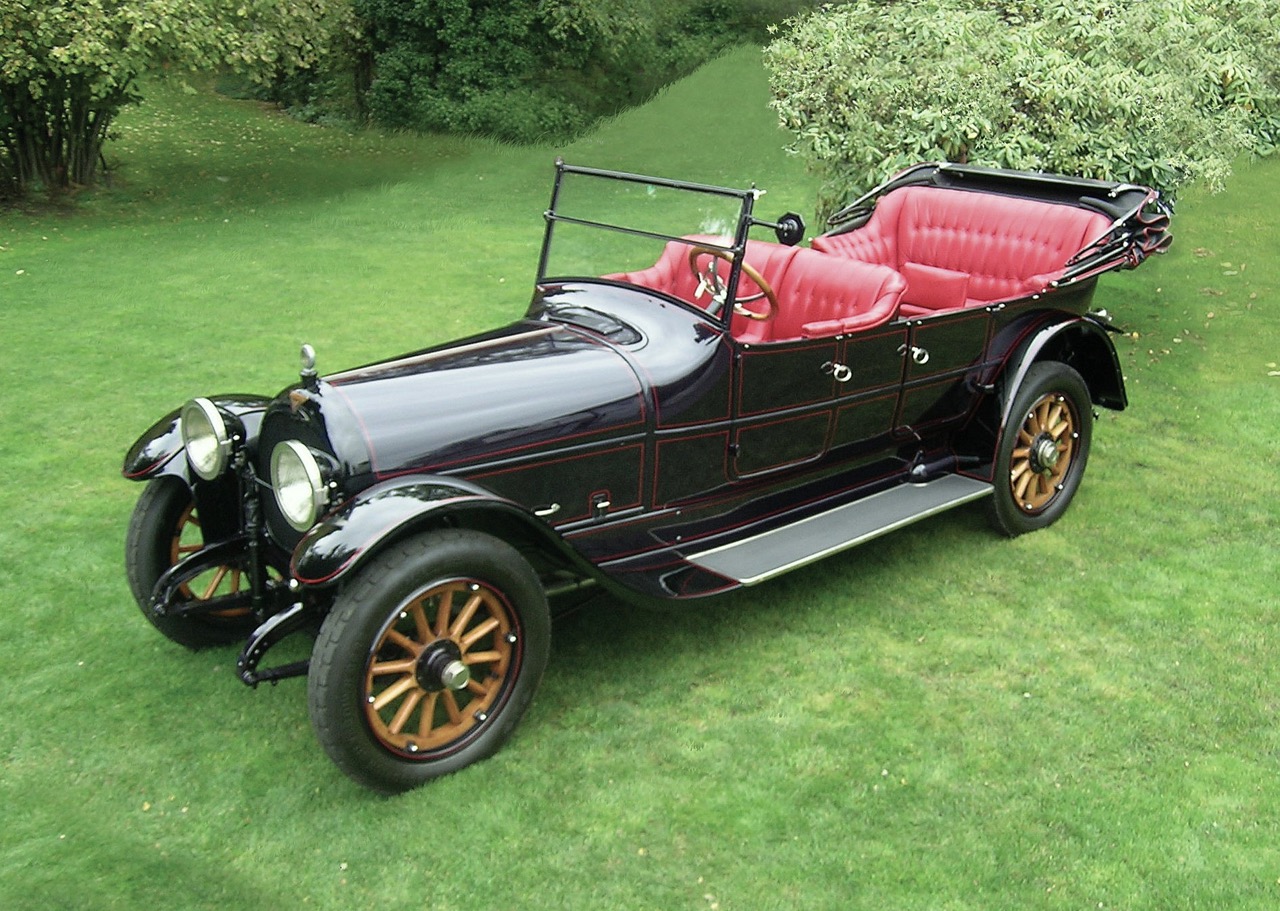 The 1917 Crane-Simplex Model 5 formerly owned by John D. Rockefeller Sr. returns after nearly a century to its city of birth as part of the LeMay-America’s Car Museum and the North American International Auto Show’s “The Drive Home: The Heritage Run.”

One of America’s earliest luxury automakers, the Simplex Automobile Company was founded in New York City in 1907. In 1915, it was absorbed by the Crane Motor Car Company.

Simplex cars were among the largest, most powerful and most expensive of the early 20th century, boasting 100 horsepower and a top-speed of nearly 90 mph in an era barely removed from horse drawn carriages.

Owned by only the wealthiest industrialists and entrepreneurs, the car was a favorite of the Vanderbilt and the Rockefeller families and prized for its exceptional build quality. Exceedingly rare — only 121 produced — few survive. They remain cherished among collectors such as Jay Leno, who has a skiff-bodied 1916 Model 5 in his collection.

The LeMay example, bodied by Brewster & Co. of Queens, New York, has a fascinating history.

“It was an 83rd birthday gift (from his son) to the wealthiest American of all-time, oil tycoon John D. Rockefeller,” said Le May museum chief executive David Madeira. “Estimated to cost 10 to 15 times the average family’s income at the time, the Model 5 was just one example of Rockefeller’s opulence.”

Great care was taken in the assembly of the Brewster body for its wealthy owner. A note on the order sheet dated May of 1917 read: “Mr. R is making birthday gift of car to his father and request us to endeavor to have it completed for delivery July 8. Do our best.”

The Rockefeller family held the car for 20 years before it was donated to the Boston Museum of Automotive Conveyance. Harold E. LeMay, namesake of the Tacoma, Washington automotive museum, acquired the car at auction in 1995 and later placed it in the museum’s collection. It is among two surviving cars from the Rockefeller estate, which is reported to have owned five such Crane-Simplex’s.

LeMay-America’s Car Museum has just completed a comprehensive mechanical restoration on the car in time to commemorate its 100th anniversary for the opening of the Detroit Auto Show.

Unlike the three classic cars — a 1957 Chevrolet Nomad, 1961 Chrysler 300G and 1966 Ford Mustang — that will be driven on a wintry pilgrimage to the NAIAS, the Crane-Simplex will be transported by closed trailer, stopping for public appearances along the East Coast before arriving at Cobo Hall in Detroit, where it will be displayed from January 7-22. For a list of public events enroute, see the Drive Home website.

So, what’s the relevance of a hundred-year-old relic featured alongside the latest in automotive development?

Max Muncey of the NAIAS answers: “The 1917 Crane-Simplex is a landmark car, and NAIAS is truly the showcase for all things automotive, whether it be highlighting revolutionary technology from a century ago, or showcasing future mobility innovations unveiled from our global stage in Detroit.”