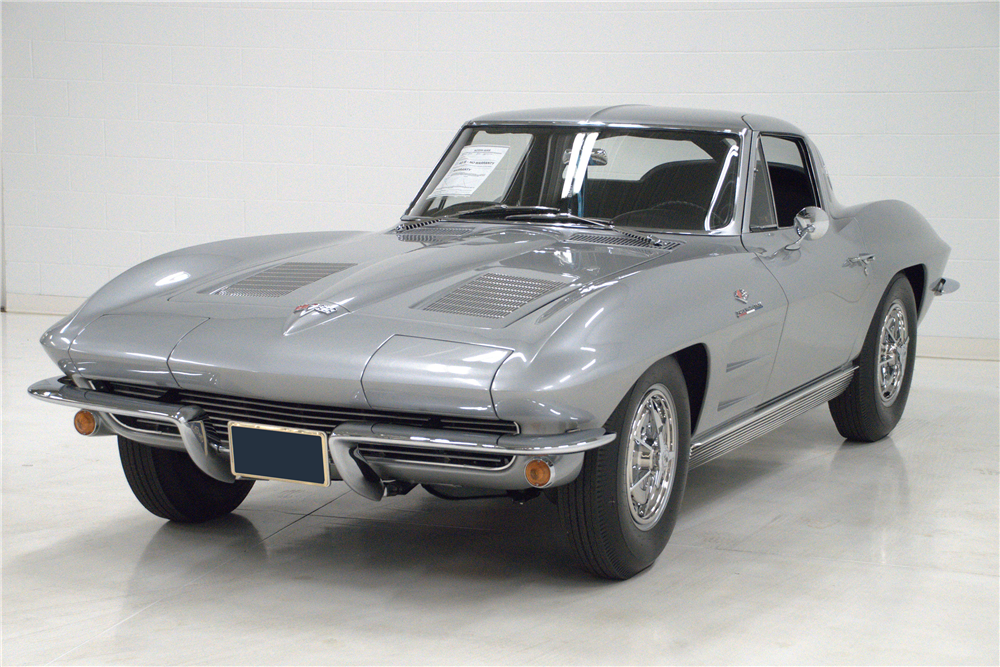 Editor’s note: This is the sixth in a 30-day sponsored series featuring cars to be sold January 14-22 during Barrett-Jackson’s 46th Scottsdale auction.

Offered without a reserve at the 46th annual Barrett-Jackson Scottsdale auction, this 1963 Chevrolet Corvette split-window Z06 tanker is one of only 199 RPO Z06 Special Performance package Corvettes produced and one of only 63 N03 Big Tank Corvettes built in 1963.

According to General Motors Shipping Data Records, the car was delivered by Kardon Chevrolet of Mt. Holly, New Jersey.

The Z06 tanker is powered by a 327 cubic inch engine rated with 360 horsepower and is mated to a 4-speed manual transmission.

It has received a body-off restoration by Naber’s of Houston and is in pristine show condition. It’s won multiple NCRS Top Flight Awards at regional events in January 2013 and October 2012, Bloomington Gold Certified (Appears OEM) in June 2012, along with Best in Class awards from Santa Fe Concorso in September 2012 and Hilton Head Concours d’Elegance in November 2012.

Additionally, it was on display in the National Corvette Museum in 2013 and has a letter of appreciation.

The car comes documented with volumes of research and show data. It’s also been written about and published numerous times as far back as 1977. The restoration receipts total $138,000 and all show awards, certificates and judging sheets come with it.