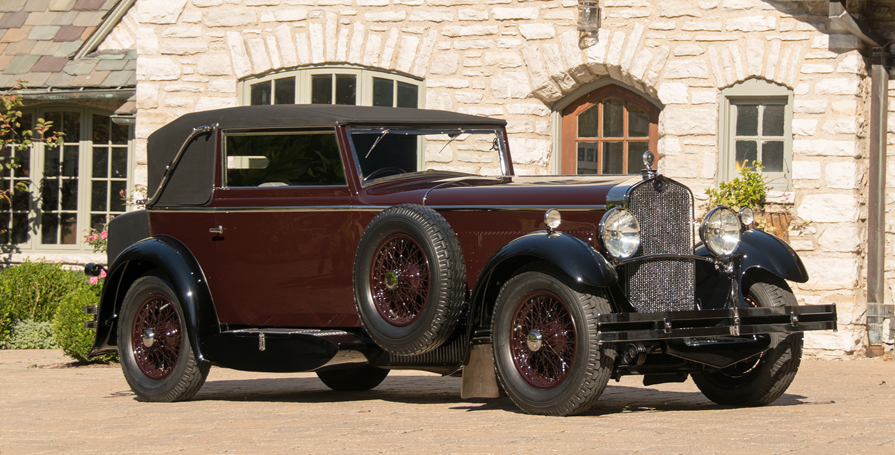 Editor’s note: This is the fifth in a 30-day sponsored series featuring cars to be sold January 14-22 during Barrett-Jackson’s 46th Scottsdale auction.

Offered with a reserve at the 46th annual Scottsdale Barrett-Jackson auction, this 1930 Delage D8 Cabriolet, Chassis #34738, was bodied by Henri Chapron, a renowned French coachbuilder known for his understated style and exceptional build quality, and is the only Chapron-bodied D8 Cabriolet known to exist.

This Delage was registered in Renfrewshire, Scotland, on July 14, 1931, as HS6322, and by 1939 it had changed hands to Roland Stanley Bevan of Taunton, Somerset, who maintained it for 20 years, before being purchased by Douglas Henry Shrimpton of Dorset.

The Delage was bodied by Henri Chapron, a renowned French coachbuilder

Around 1960 the car was purchased by Vojta Mashek, a renowned early French automobile collector from Chicago. The car changed hands in 1966, purchased by Homer Fitterling of South Bend, Indiana, a known Corvette collector who also owned a number of Duesenbergs and this Delage, which he reportedly used to tow the Duesenbergs to shows.

The most recent caretaker, a longtime collector in the Midwest, purchased the Delage from Fitterling in 1973. It was intact, solid, and ran well, but it was ready for restoration. Between 1992 and 1994, the job was entrusted to LaVine Restorations. Following restoration, the car was displayed at the 1994 Meadow Brook Concours d’ Elegance and from 2004 to 2007 was exhibited at the ACD Automobile Museum in Aubrun, Indiana, in the “Gallery of Classics.”

The restoration has been freshened with new Aubergine paint on the main body complementing the black fenders. The interior is in light gray leather and is in outstanding condition with  wood on the dash and door panels. Other highlights include a set of Jaegar instruments which are faced in cream to contrast with the dark wood.

This Delage is offered with an extensive history file covering its ownership and restoration, including correspondence with Delage registrar and historian Peter Jacobs, as well as a copy of the Profile Publications volume on the D8.