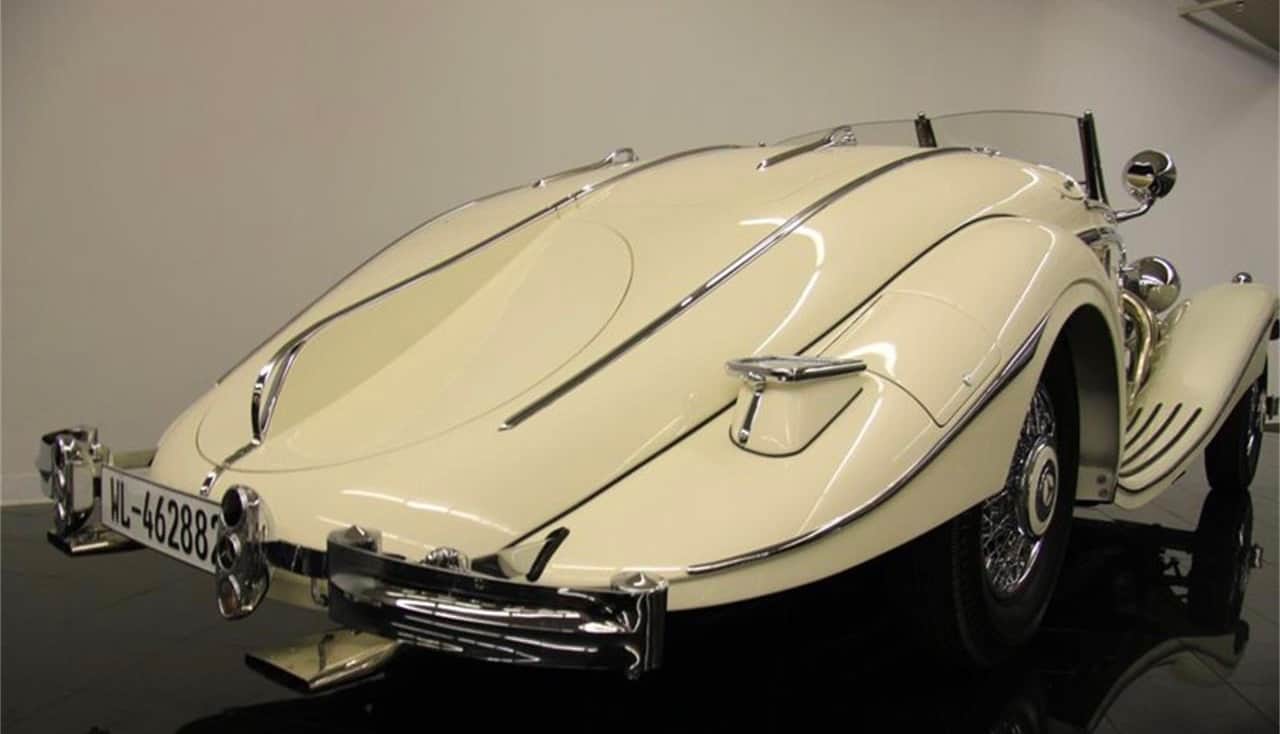 Let’s get this out of the way right up front: The asking price on Pick of the Day for today is $1,995,900. But the car is a 1935 Mercedes-Benz 500K Special Roadster, restored and rebodied by Franz Prahl on a true 500K chassis, according to the seller, a collector car museum and dealer in St. Louis, Missouri.

“Absolutely stunning in every way with Concours provenance!” proclaims the advertisement for the car on ClassicCars.com.

“In the eyes of many, the Mercedes-Benz 500/540K embodies the true forward-thinking prowess of pre-war Germany!,” the seller notes. “A successor to the almost instantly famous S/SS/SSK/SSKL models of the late 20s, the 500K (internal codename W29) bowed its head in 1934 in both chassis-only and one of thirteen different factory bespoke bodystyles.

“Assembled in Sindelfingen, the factory Mercedes cars were built on one of two wheelbases with three configurations. Featuring a 5.0L Inline 8 with a Roots supercharger and standard four speed manual (five speed optional!), the 500K was a truly ferocious car. The chassis consisted of a fully independent double wishbone front end and double-joint swing axle in the back, allowing a sporting but very comfortable ride! Aesthetically perfect, decades ahead mechanically and ultra rare, the 500K represents one of the finest motorcars to ever come out of Germany!”

The seller says the car being offered is chassis No. 123686, originally delivered to a Mr. Brenninkmeyer in England, and it still carries its original 5.0-liter supercharged straight 8.

The car’s history apparently is unknown then until 1974, when it was purchased by Kalle Karlstrom of Los Angeles. The car went back to Europe when he sold it to another Swede. The car eventually was part of the Drottningholm Collection, but at some point left there and went back to its native Germany and to Harald Alfers, who in 1992 sent it to Switzerland for restoration.

Fred Kemp, who had owned a 540K and spent 30 years in pursuit of a 500K Special Roadster, learned of the car and finally purchased the unfinished restoration project in 1995. Kemp sent the car to Franz Prahl Klassiche Automobile in Germany, where the restoration and rebody, at a reported cost of some $1.5 million, were completed in June 2000.

The seller reports the Kemp museum closed in 2015.

The car, showing less than 900 miles on its odometer, is offered along with a box of labeled folders with receipts, history, documentation, correspondence, concours invitations and photographs dating as early as 1992, including more than 100 of the Prahl restoration work.

The car is finished in Ivory White and tan leather with a tan top.

“The car is eligible for almost any prestigious car collecting event and is among the most top-notch CCCA full classics that money will buy.”