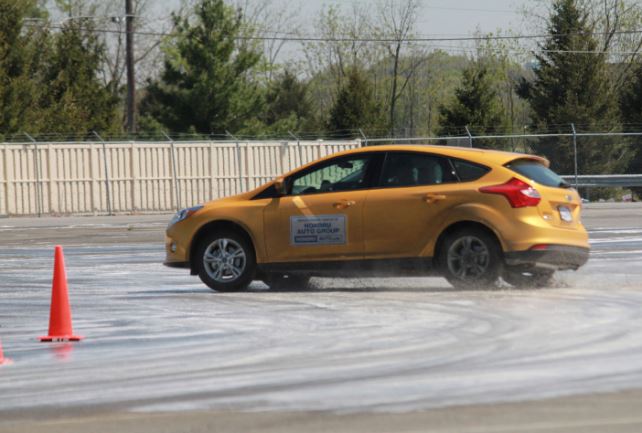 The Petersen Automotive Museum in Los Angeles has invited B.R.A.K.E.S. founder Doug Herbert to be a “Pete Talk” guest speaker December 18. Herbert will share talk about the dangers of impaired driving.

Herbert, a drag racing champion, founded B.R.A.K.E.S in 2008 after he lost his two young sons in a car crash.

“We’ve trained over 22,000 students and we want to use this opportunity at the Petersen Museum to spread our message even further,” he said.

The World of Speed Museum in Wilsonville, Oregon, opens its next exhibit, Women in Racing, December 10, showcasing the history of women in drag racing and featuring Kacee  Pitts and Sue Mitchell alongside Pro Stock Motorcycle drag racers Angelle Sampey and Peggy Llewellyn. These four racers are highlighted through racing gear, trophies, images, and more.

On December 15, the Petersen Automotive Museum in Los Angeles opens a new exhibit, the Unconventional Canvases of Keith Haring. The exhibit is to show five of the vehicles covered in the artist’s work.

The North Carolina Museum of Art in Raleigh features “Rolling Sculpture: Art Deco Cars from the 1930s and ‘40s.” The exhibit remains on display through January 15, 2017.

Running through December 31, the America on Wheels Museum in Pennsylvania features a holiday train exhibit. The trains within the exhibit run Thursday through Sunday.

Saturday is lady’s day at the Kansas City Automotive Museum and presents different types of vendors. Visitors receive complimentary wine and enjoy snacks while they browse from 11 a.m. – 4 p.m.

Saturday, the California Automobile Museum will showcase a mural commissioned from local artist Shaun Burner to create a pop-art mural featuring cars from the museum’s collection.  The reception is free with museum admission and takes place outside, weather permitting, with hot cocoa available for purchase, coloring art projects for kids, and a meet-and-greet with the artist.

Sunday the America on Wheels Museum holds a Lego Holiday Ornament day and invites guests to create an ornament using snap-together blocks from 1 p.m. to 3 p.m. Shortly after, the museum offers buy one get one free admission on National Ugly Sweater Day, December 16, for guests wearing ugly sweaters.

Today, the National Corvette Museum holds a mechanics class from 10 a.m. to noon covering basic vehicle care and maintenance. Participants will learn how to change a tire, how to check fluid levels and replace taillight bulbs.

Also today, the Simeone Museum features “Grace,” the Austin Healey 100 that was purchased in a derelict state from eBay suffering from deleterious rust and poor oil pressure. The owner was in poor health but was inspired by members of the local car club who used “grace” as a candidate to complete a coast-to-coast-to-coast drive.

From 10 a.m. to noon on December 17, the AACA Museum in Pennsylvania holds a two-hour Build-A-T Workshop for children 8-12 years old. Advance registration is required.

The NCM Motorsports Park in Bowling Green, Kentucky, has announced its  2017 schedule with events April 27-28, June 26-27, and August 26-27. Participants will be a part of a fou- group program based on skill level separated into novice drivers, intermediate, advanced, and instructors. Registration is open and can be done online.