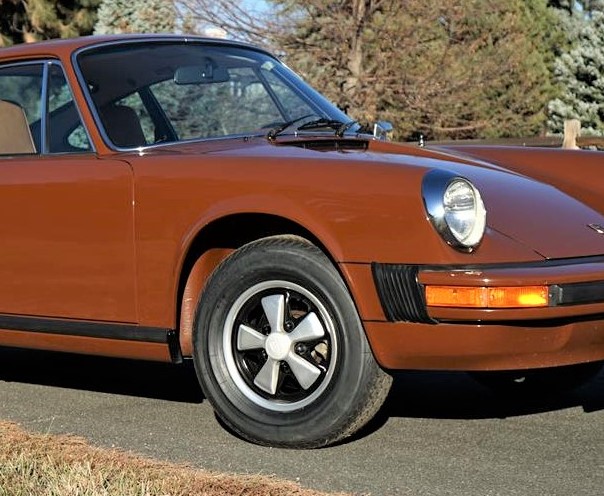 The Porsche 912E shows and drives like a new car, the seller says

The Porsche 912 came back to life after a six-year gap for the 1976 model year only, something of a stop-gap measure to serve as the entry-level model after the mid-engine 914 went away and before the front-engine 924 came to market. Basically a four-cylinder variant of the flat-six-powered 911, the 912 was appreciated for its nimble handling and, with 90 horsepower, enough pull to work as a credible Porsche sports car.

The Pick of the Day is apparently a time-warp 1976 Porsche 912E in what’s described as near-pristine condition with just 19,135 miles on its odometer accumulated by its fastidious sole owner.

The 912 was a four-cylinder version of the Porsche 911

“Just pried away from a local gent who literally bought the car off a showroom floor exactly forty years ago,” according to the listing on ClassicCars.com by the Englewood, Colorado, dealer selling the 912. “He immediately drove it home to Colorado and it gradually left his garage less and less, only when it was dry out and never on gravelly roads, for the current total of only 19,135.

“He meticulously kept the original window sticker, all the manuals, tools and keys – everything that came with the car that day at Obrien Porsche in Chicago. Maintenance has been equally diligent and records were kept for everything. The car has never seen bad weather, never been smoked in or experienced any damage or rust.”

The factory paint is in excellent condition with just a single stone chip, the dealer says, although the Bitter Chocolate brown shade might not be to everyone’s taste. The Camel interior is likewise excellent, showing no signs of wear, according to the ad.

The Camel interior appears to be about perfect

The E in the name signifies fuel injection, and the car runs out just as good as it looks, the dealer says. The Porsche also is loaded with desirable options.

The asking price of $59,900 might seem pretty stout for a lesser-model Porsche, compared with the more-powerful 911, but this one does have the magical combination of being a rare model that is in perfect original condition.