1968 Corvette L88 coupe to be auctioned by Russo and Steele 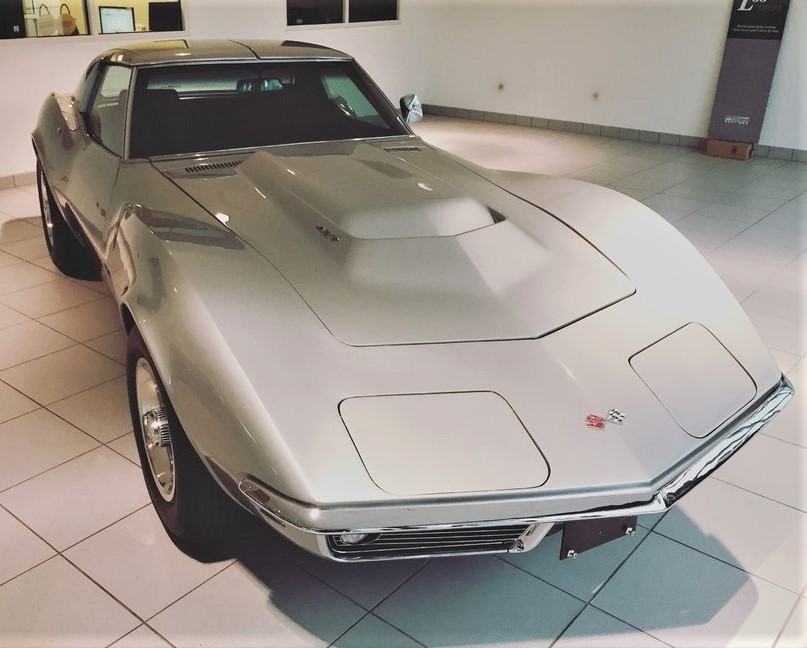 Only 80 Corvettes with the high-performance L88 package were built for 1968, part of Zora Arkus-Duntov’s surreptitious way of getting all-out competition Corvettes into the hands of customers despite General Motors’ ban on corporate racing participation.

Ostensibly big-horsepower Vettes built for the street, the L88 cars were packed with track gear, notably the tweaked 427 cid engine rated conservatively at 430 horsepower but with output actually reaching 560 with the stock exhaust system. Along with that were a Muncie M22 four-speed manual transmission, special heavy-duty suspension, Positraction rear end and heavy-duty power brakes.

An award-winning 1968 Corvette L88 coupe will be offered by Russo and Steele during its Scottsdale auction taking place January 19-22 at its new location on the Salt River Fields at Talking Stick, part of the Salt River Pima-Maricopa Indian Community that lies adjacent to Scottsdale, Arizona.

“One of just 80 built in 1968, this Corvette L88 coupe retains its original matching-numbers engine and drivetrain and was expertly restored by Tim Thorpe in 1987, after which it earned Bloomington Gold and NCRS Top Flight certifications and was included in the 1988 Bloomington Gold Earthquake 88 Special Collection,” Russo and Steele says in its catalog description.

The car is a late-production L88 built in May 1968, one of a pair of L88s ordered by two brothers in Bellefontaine, Ohio, likely the only two siblings to own brand-new L88 Corvettes. This one was ordered with the optional 4.56:1 gear set, N11 Off-Road Exhaust, Soft Ray-tinted glass, telescopic steering column and head restraints, and finished in Silverstone Silver with the original black interior.

The restored Corvette has comprehensive documentation, according to the auction house, including NCRS and Bloomington Gold judging sheets, copies of correspondences between the GM Central Office and the original owner, and the original tank sticker, Protect-O-Plate and owner’s manual.

Duntov, the dedicated leader of Chevrolet’s Corvette program at the time, wanted the L88 cars to be ready to drive from the showroom onto the race track. The 1967 model year was the first for the L88, but it was 1968 when the comprehensive package for the 1968 L88, with Corvette’s new chassis and swoopy body design, came to full fruition.

Among the competition-focused components are an aluminum radiator with no shroud, designed for maximum cooling at race speeds but problematic for low-speed road use. The car was lightened with reduced sound insulation and the omission of radio and heater, which further emphasized its racing intentions.

For information about Russo and Steele’s Scottsdale sale, visit the auction website.