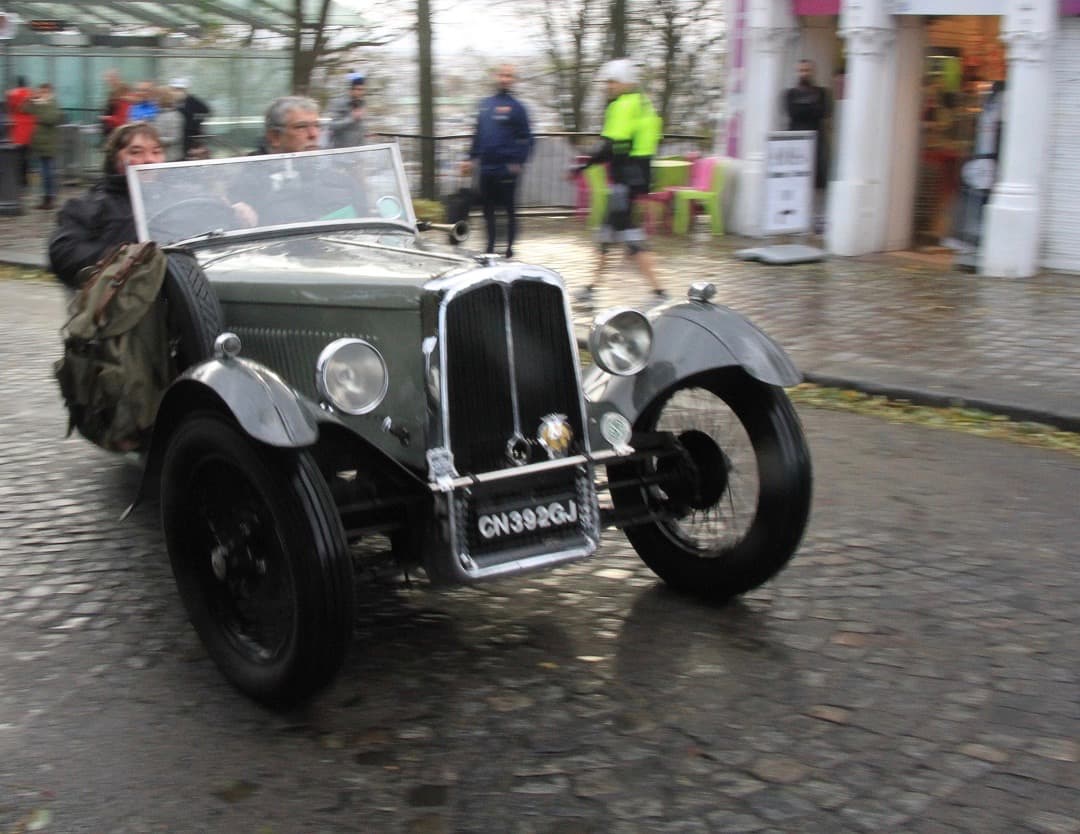 ‘A Century of Mobile Heritage” display at UNESCO’s headquarters and a tour of Paris by more than 100 classic cars were highlights of “Paris Week,” the finale of the World Motoring Heritage Year celebrated by FIVA, the Federation Internationale des Vehicules Anciens, which staged several events through the year as part of its own 50th anniversary.

“The exhibition aimed to illustrate, through a selection of two- and four-wheeled vehicles from disparate eras of our international automotive history, how historic cars and motorcycles are a crucial part of our human heritage,” a FIVA news release said of the display at the UNESCO offices. “The historic vehicles were chosen not only for their ages, their importance, and their international provenance, but also for being strikingly original and well-preserved, rather than restored.”

The display ranged from an 1892 Panhard et Levassor Type P2D, believed to be the oldest running car in the world, through the 1928 Bugatti Type 35B that won the first Monaco Grand Prix, to cars such as 1937 Delahaye 135 Competition, 1938 Packard Eight 1602, Alfa Romeo Giulietta SZ and more recent Peugeots and Porsches. Motorcycles ranged from a 1930 Majestic to a 1969 BMW R75/5.

In addition to the open-to-the-public display of cars, some 500 people attended a special Thursday evening event featuring Francesco Bandarin, UNESCO’s assistant director general for culture, who noted the link between the United Nations group and the classic car group: “We have a key word in common, and that is heritage, and it speaks of protection, restoration and conservation. The other common word, which can be felt strongly in this historic hall, is passion.”

Khalil Karam, Lebanon’s permanent ambassador to UNESCO, added that, “This exceptional exhibition showcases the biggest revolution of the 20th Century – one that was best described by French philosopher Roland Barthes, when he said that the automobile is almost the exact equivalent of the great Gothic cathedrals.”

“The preservation of all heritage is a priority for UNESCO,” said Laurent Stefanini, French ambassador to UNESCO.

And FIVA president Patrick Rollet noted,“The theme of this very special exhibition on ‘A Century of Mobile Heritage’ is preservation, which involves skills, sophisticated technologies and a respect for heritage, as well as authenticity. These are the shared missions of UNESCO and FIVA, although FIVA is of course focused solely on mobile heritage.”

The week concluded early Sunday morning with more than 100 historic vehicles gathering at Polo de Paris in Bois de Boulogne for what turned out to be a wintry weather drive through the heart of the city.

A quarter of the participating cars arrived from outside France, coming from the Americas, Asia, Africa, Australia and New Zealand.

The oldest vehicle doing the tour was a 1900 De Dion-Bouton driven by 27-year-old Rupali Prakash, of Bangalore, India. Also receiving considerable attention was an ex-maharaja Delage D8 with a Figoni body returning to Paris for the first time since it was displayed at the Paris Salon in 1930. Another vehicle of note was a Lorraine-Dietrich that won the 24 Hours of Le Mans in the 1920s.