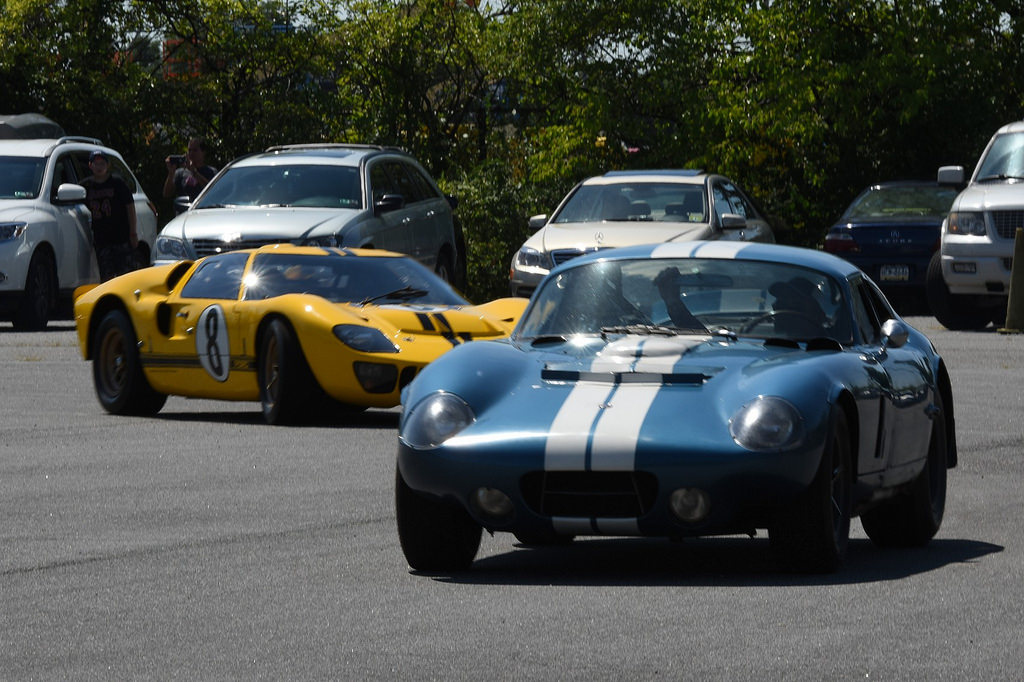 Starting today and running through December 31, the America on Wheels Museum in Pennsylvania features a holiday train exhibit.

Spectators photograph the Daytona Coupe at a past Demo Day

On December 15, the Petersen Automotive Museum opens a new exhibit, the Unconventional Canvases of Keith Haring. The exhibit is to show five of the vehicles covered in the artist’s work.

The Blackhawk Museum in Danville, California, plans Cars and Coffee on December 4, from 8-10 a.m.

The Kansas City Auto Museum will feature Mustang Month in the Drive-In.

The Auburn Cord Duesenberg Automobile Museum in Auburn, Indiana, is holding a one-day Giving Tuesday event entitled, 100 Today or Else We Stay! The museum staff will be on hand and will stay at the museum until 100 donations of $100 or more are collected to benefit the museum’s educational programs.

The autumn series of lectures at the National Motor Museum in England resumes December 3, with the museum’s chief engineer, Doug Hill, discusses “Under the Bonnet Again.”

The National Corvette Museum invites members to travel to France for the 24 Hours of Le Mans race. The Museum tour is set to run from June 10-21.