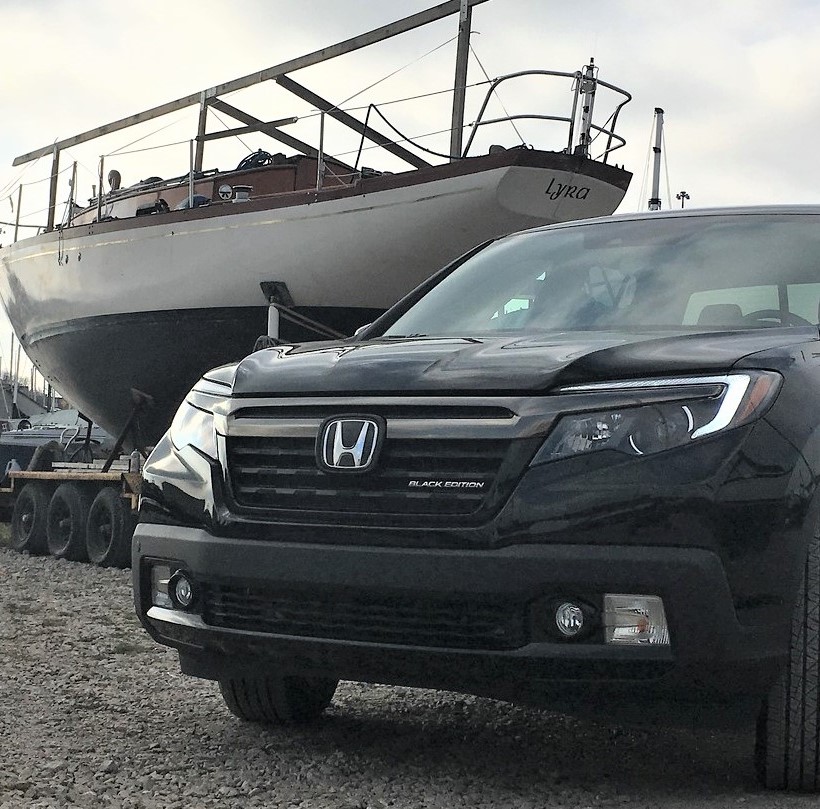 Classic Car News editor Larry Edsall and I both favor small pickup trucks as our daily drivers, though it is a segment that has nearly disappeared from current production. My 1999 Ranger is still running strong with 200,000 miles on its 2.5 Pinto-derived (I prefer to call it a “Formula Ford”) engine, its five-speed manual transmission (still with its original clutch, thankyouverymuch) and its full, seven-foot bed.

I have asked much of the old girl over the years, and she has rarely let me down. Alas, it’s Milwaukee-made Tower Automotive frame has started to succumb to terminal rust, and so we have begun the long, slow goodbye.

Sadly, Ford no longer offers the Ranger in the US. While searching for a suitable replacement with good fuel economy, I had a chance to drive Honda’s all-new midsize 2017 Ridgeline, which does away with the traditional frame altogether. Heresy, you say? A unibody pickup truck? And a Honda, no less?

It turns out that the Ridgeline has a lot of that old pickup truck DNA in a brand-new package. Forget the fact that from the driver’s seat you could mistake the handling, performance and appointments with that of a new, fully loaded Accord sedan. This new truck distills the essence of a utilitarian pickup with no apologies for being smooth, quiet and downright plush.

As an old-car guy, I abhor overly complicated and electronically controlled cars. I like things intuitive and straightforward. Which is why I had to smile at the clear info display located between the tachometer and gas/temp gauges. A simple virtual compass, the computer-animated cousin to the dash-mounted, water-filled, clear plastic navigational equipment of my youth. Information I can use!

The flashbacks didn’t end there. The much-ballyhooed dual-action tailgate, which folds down or swings open, harkens back to the station wagons of yore. Nothing new under the sun, it was first patented by Ford engineers in 1966, evoking fond memories of those wagons’ rear-facing third-row seats.

That trap door is here, too, on the Ridgeline, though it’s empty of seats but offers a waterproof storage area and spare tire. Honda’s advertising encourages you to tailgate using it as a giant ice chest (indeed, I tested it…it will comfortably hold two half-kegs of beer) but I prefer it as a spacious, secure tool box or a spot to transport groceries.

But the real question inherent to any pickup truck is: will it haul my stuff?

In my case, stuff means old motorcycles, treasures from the local junkyard; dock lines and bumpers for the ’63 Chris Craft; 4×4 wood posts for the deck restoration at the lake house; and the occasional sheet of drywall.

Though it appears smallish, the bed on the Ridgeline does away with intrusive wheel wells, so it offers four-foot-side space down its entire length. The tough, composite bed comes standard with a skid-plate pattern surface. And a 115v AC inverter port accessible near the tailgate allowed me to charge the batteries for my cordless circular saw, letting me cut those deck posts right at the job site.

The Ridgeline comes standard with a six-speed automatic transmission, with a kickdown gear that will throw you back in your seat if so desired. I would miss picking my own gear as with the manual transmission in the Ranger, but that seems to be the way of the world. I do like the ability to manually push the ECO button, which deactivates two cylinders in the 3.5 V6 for improved mileage, up to 25 miles per gallon freeway with All-Wheel Drive.

While by no means vintage or even retro-styled, Honda has paid attention to simplicity and streamlined functionality, the timeless traits of a good truck. Things that will help a traditionalist like myself jump to the modern age, and make that long, slow goodbye just a little easier.

Jack Lewis has been racing at Daytona for 50 years