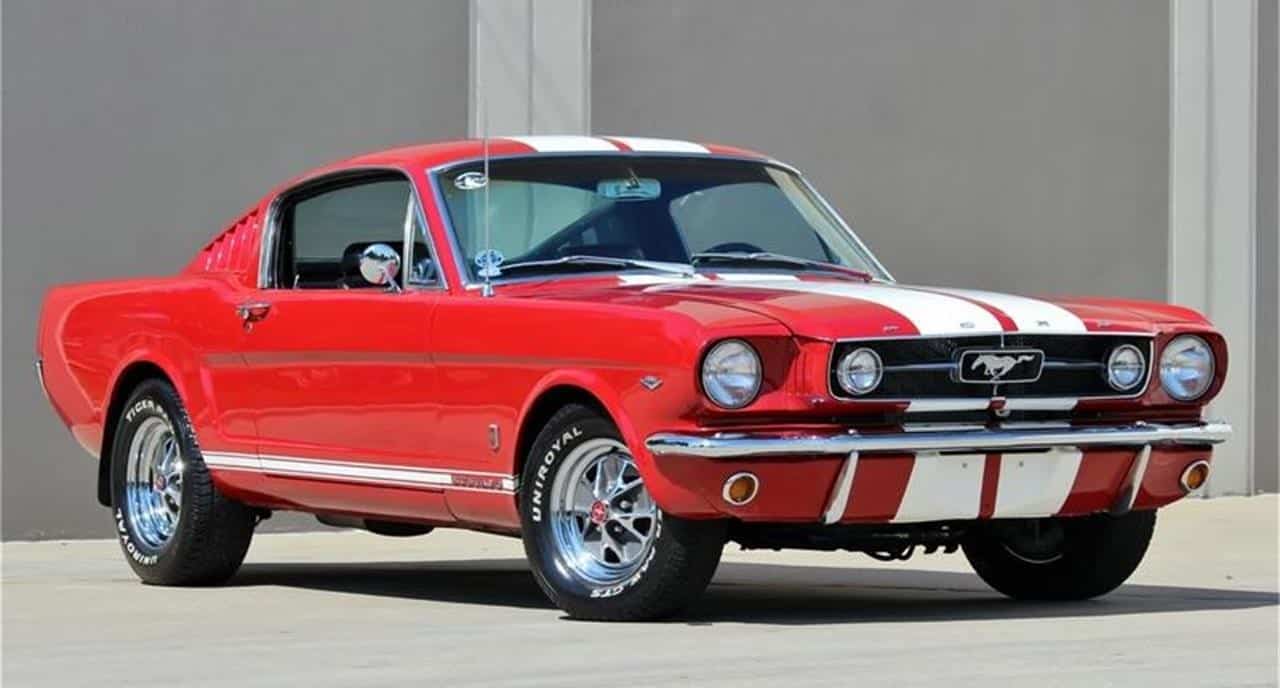 Classic Car News asked readers which car they are most thankful for and its “game-changing” contribution to automotive culture. Capturing the hearts of millions, the Ford Mustang received 28.94 percent of votes and was in good company with other nominees including the Model T, Honda Civic, Jeeps and Minivans.

This Mustang has been fitted with a 302 V8

Undoubtedly the Mustang started a revolution with the creation of a new, sleek, best-selling class of car – I mean let’s face it, the Camaro, Challenger and Firebird are called “pony cars” for a reason. The Mustang quickly grew into an American icon with variations recognized from such popular movies as Bullitt  and the 1974 and 2000 variations of Gone In 60 Seconds with Eleanor, which has become arguably the most re-created movie car ever.  Mustang impact also can be heard in more than 3,000 popular songs since the car’s debut in April 1964.

For Thanksgiving, the Pick of the Day is a 1965 Ford Mustang GT listed on ClassicCars.com that embodies the pure essence of Mustang and everything enthusiasts like myself are thankful for.

Behind the Wheel of the Mustang

According to the listing, the “C-code” fastback is originally from California and has received many GT upgrades during a restoration, including the 302 cubic inch V8 that has been bored .020 over and balanced with ported heads, and features 262 Comp Cams with 1.6 rollers in addition to an Edelbrock polished performance intake and Edelbrock 600cfm four-barrel carburetor, MSD box and distributor, and a set for Shelby “Tri-Y” headers.

The engine is hooked to a C4 automatic transmission with a B&M Quicksilver gear shift. Power is transferred to the ground through a geared 3.55 rear end and heavy duty U joints.

Side view of the fastback

From day one the Mustang has embodied freedom among America’s youth and became the ultimate adventure machine, with obtainable pricing and limitless potential under the hood with such performance editions as Shelby GT350, GT500, Mach 1, Boss 302 and Boss 429.

As a Mustang enthusiast and the owner of a 1965 coupe and a 2005 coupe, each car is more than just a cherished classic and a daily driver. I am thankful the Mustang is my escape from day-to-day pressures and nagging responsibility while being an invitation to misbehave – take up spirited driving, and make the journey the purpose for the drive rather than the destination.