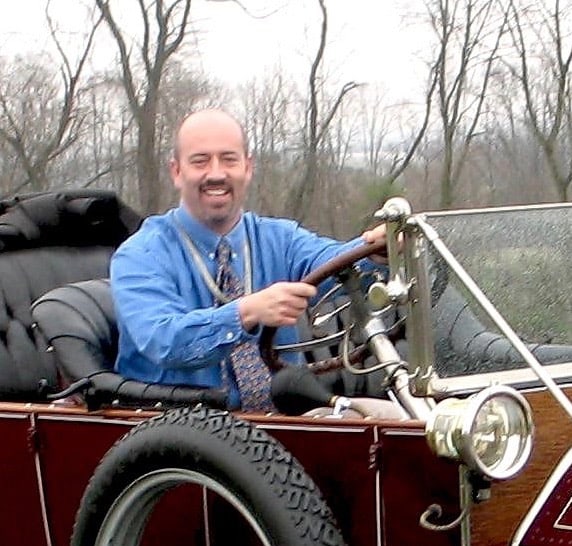 Jeffrey E. Bliemeister is returning to the Antique Automobile Club of America Museum as executive director of the institution in Hershey, Pennsylvania. Bliemeister was the museum’s curator from early in 2003 through November 2011.

“On behalf of the AACA Museum board of directors, we’re extremely happy to welcome Jeff back,” Henry W. “Hank” Hallowell, III, museum president, said in a news release. “Jeff’s prior affiliation with the AACA Museum, his relationships in the automotive hobby, along with his years of experience in the museum field make him the perfect candidate to step into this role.”

Bliemeister holds a master of arts in museum studies from the Cooperstown Graduate Program, which is co-sponsored by the State University of New York and the New York State Historical Association. He was curator when the museum opened in 2003.

He most recently has been site administrator for the Railroad Museum of Pennsylvania, located in Strasburg.

He also has held positions with the Pennsylvania Lumber Museum, the Renfrew Museum and Park, Hyde Hall and the National Soccer Hall of Fame.

Bliemeister will be the seventh full-time or acting general manager of the AACA Museum since 2007.