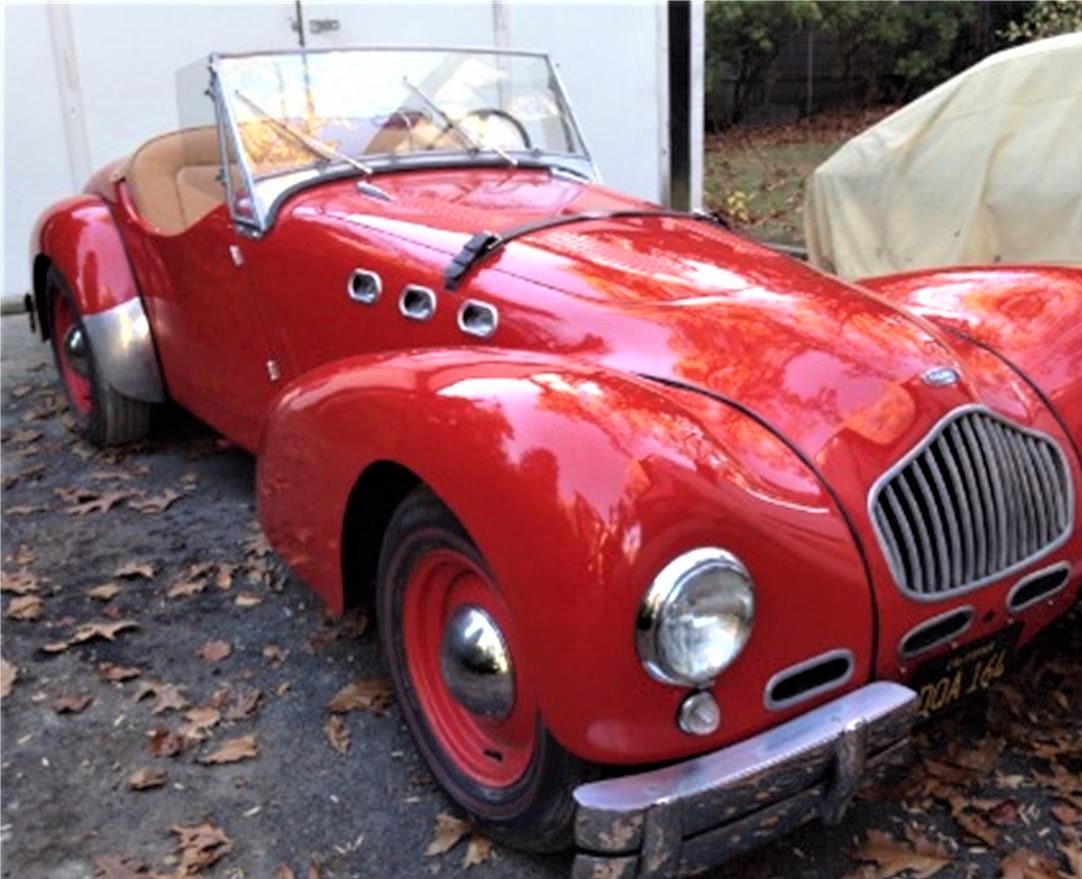 Long before Carroll Shelby dreamed up the idea of shoving an American V8 into a British roadster, Sidney Allard created fantastic sports cars for street and competition with a similar formula starting in 1948. Only a few more than 100 were produced, and they are revered today by collectors, rallyists and vintage racers.

The Pick of the Day is a 1952 Allard K2 roadster powered by its original Mercury flathead V8 engine, one of just 12 built with that powerplant; most of the K2s used Ford, Cadillac, Chrysler and Oldsmobile engines.

The K2 was produced from 1950-52, a bold and brawny performance machine that made its mark in international racing as a fast and reliable competitor. They are fairly big cars, with a 106-inch wheelbase, although built from lightweight materials.

“This 1952 Allard K2 is an extremely rare and desirable matching-numbers car,” the Astoria, New York, dealer says in the advertisement on ClassicCars.com. “It wears its original colors, red with tan interior and black top.

“Everything has been rebuilt and the car is mechanically superb. It also has excellent paint and interior.”

The description of the car is brief, although typically Allards had three-speed transmissions linked with the American V8s, with a semi-independent front suspension and de Dion rear axle. Stopping power was provided by four-wheel drum brakes.

This K2 is called a “special find” in the listing with good reason; these cars don’t come up for sale very often. Yet in an era of million-dollar Shelby Cobras and other unobtainable vintage sports cars, Allards remain relatively affordable despite their rarity.

This one has an asking price of $107,500, which seems modest for such a unique piece of motorsports history, and a totally drivable car that can be used for any variety of events, where it should be welcomed to run along with the seven-figure sports car classics.