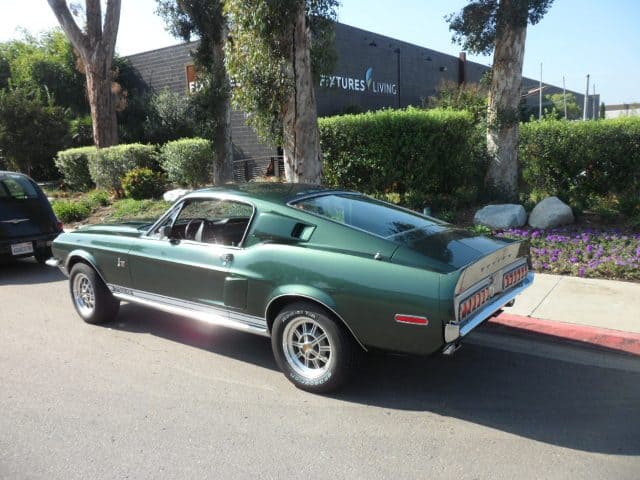 The 30th anniversary of McCormick’s Classic Car Auctions comes to a close November 18-20 at the Palm Springs Convention Center in California with 580 cars set to cross the block during the three-day sale. Among the highlights are low-mileage examples of American muscle and an array of custom creations.

The docket includes a 1968 Shelby GT500 KR, one of just 1,053 produced that year. The car offered is in Highland Green, like Steve McQueen’s Bullitt color, and features less than 52,000 original miles. The listing notes the consigner began a five-year professional restoration in 2009 while retaining all of the Ford sheetmetal and Shelby parts.

The Shelby comes with a deluxe Marti Report that details the cars production date and factory options such as the sport deck rear seat, while the matching numbers reflect the cars 428 Cobra Jet engine along with 4-speed manual transmission.

The auction also includes a one-owner 1978 Pontiac Trans Am with 26,000 actual miles. The Trans Am is in Mayan Red with a deluxe black interior and is fitted with the W72 engine option, rated with 220 horsepower, and Super T-10 4-speed transmission, making the car one of 4,112 such produced in 1978. The listing notes the paint shows some signs of age and the car has headers, duel exhaust and an aftermarket stereo.

Additionally, a 1946 Ford Convertible dubbed “Emerald Envy” is offered. The car was a George Barris Award winner at the Grand National Roadster Show in 1999. The convertible was customized by Bill Ross and features the front end styling and grill from a 1938 Lincoln Zephyr as well as Buick fadeaway fendors from 1950, a 1946 Ford frame boxed with cross members, Mustang II front end with Ford 8-inch rear end, while the original Hauser Carson Top remains. Powering the custom convertible is a 1957 Ford 312 cid engine mated to a C4 transmission.