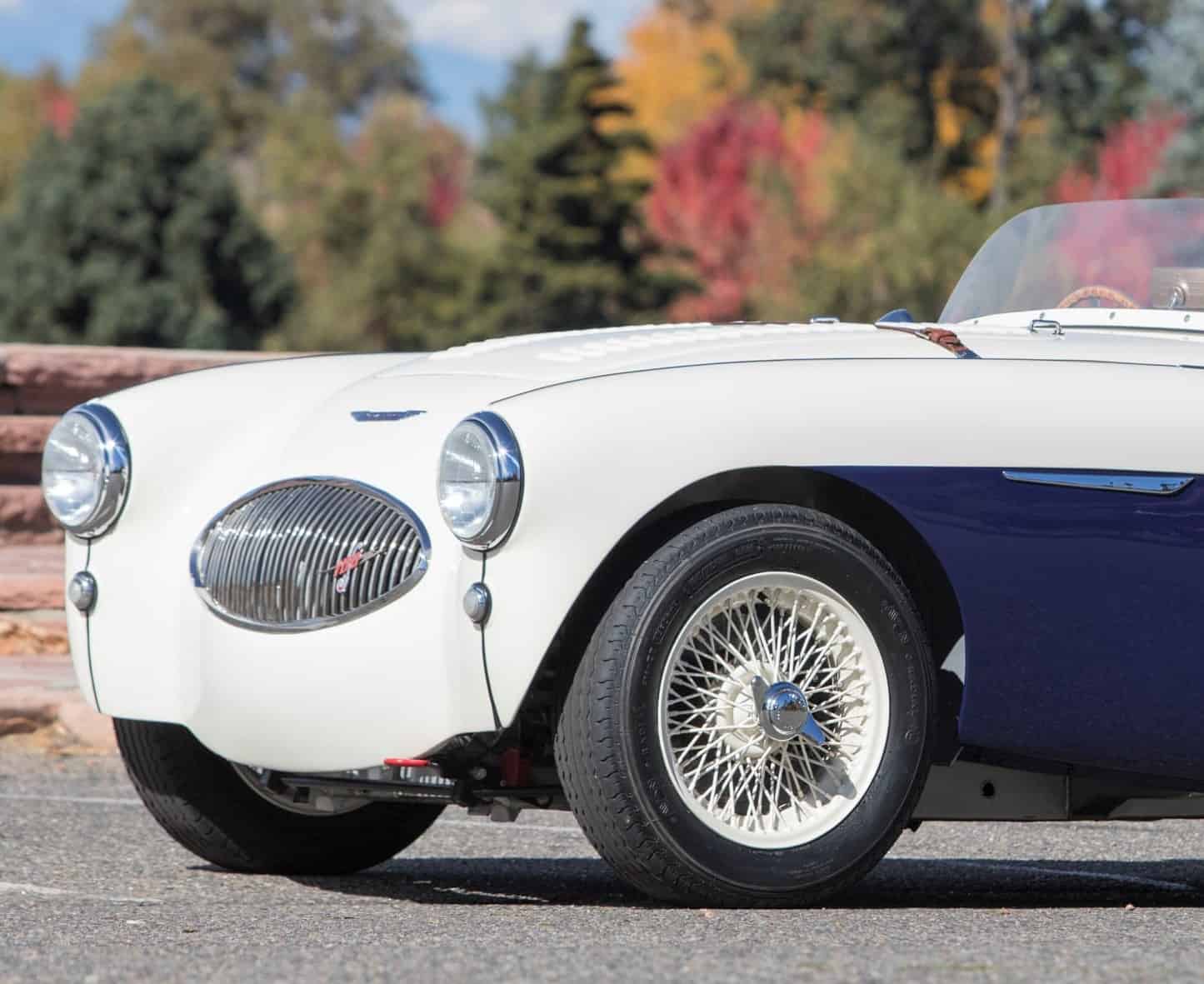 The Austin Healey 100S was restored by a marque expert

A 1955 Austin Healey 100S, a limited-production race car restored to original specifications, has been consigned to Bonhams’ sixth annual Scottsdale sale on January 19 after being with its current owner for a half century.

The right-hand-drive sports racer, chassis number AHS 3610, was one of 55 competition cars produced by the factory during 1954-55. Five were kept for the factory team and the rest went to private owners, where they were popular for club racing and international competitions.

The Healey is a limited production competition car

The 100S was purchased by the current owner in 1966 when he was just 17 years old. He bought it from a Saab dealer with borrowed money because he wanted to go racing. The roadster had a transplanted Chevrolet 283 V8 under its hood, which made it a fast contender, although not authentic.

After the V8 quit in the late ’60s, the owner put the Healey in storage intending to restore it while he engaged in other racing pursuits. More than 30 years later, he shipped the car to marque specialist Steve Pike of Marsh Classics in Australia for restoration. Pike brought it back to original condition, including installation of a correct 100S four-cylinder 2.7-liter engine.

Besides being a rare competition model, the 100S is eligible for any number of exclusive vintage racing and rally events, such as the Colorado Grand, Copperstate 1000 and California Mille.

The roadster looks to be in excellent condition

“The Bonhams team has handled more 100Ss than any other auction house and I am delighted the reclusive Denver-domiciled 3610 will join the list,” James Knight, Bonhams Group motoring director and Austin-Healey 100 owner, said in a news release. “The car had laid dormant for many years and the owner was astute by resisting all offers from yesteryear and entrusting the car to be restored by the most recognized expert for the model.

“As one would expect, it presents beautifully and the time has now come to pass ownership onto another enthusiast for 3610 to enjoy a new chapter in its life.”

The Bonhams auction will be held at the Westin Kierland Resort & Spa during Arizona’s famous Classic Car Week of multiple collector car auctions, parties and special events. For information, visit the auction website.