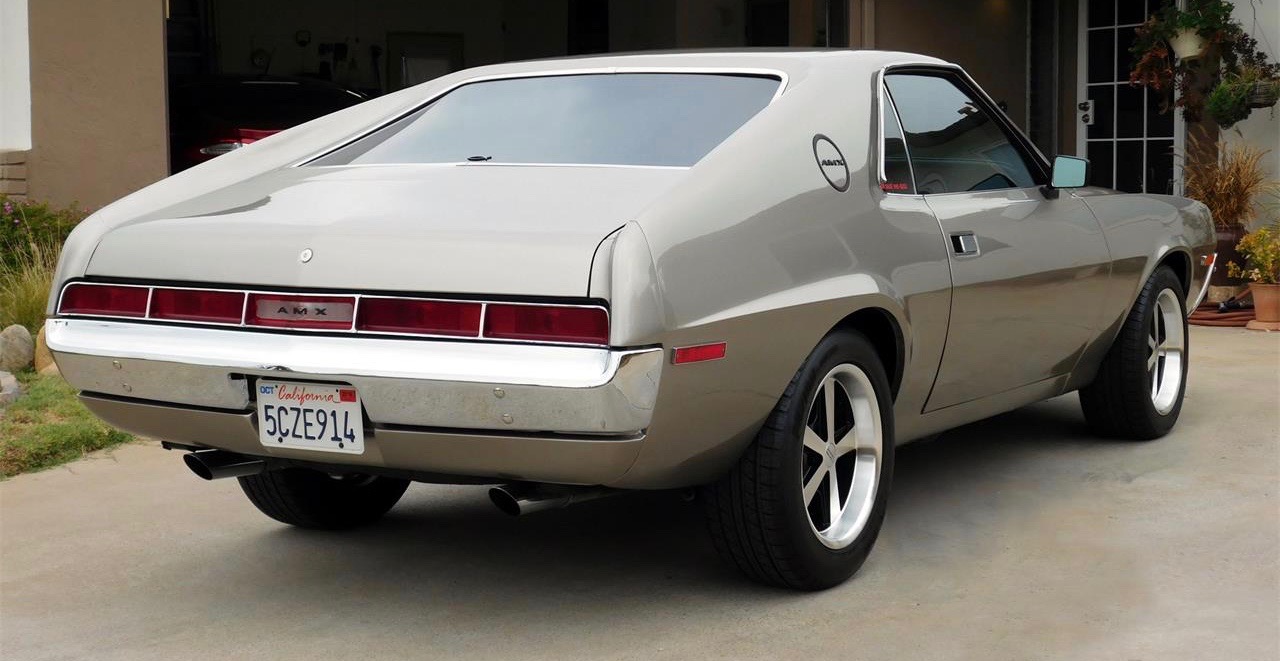 The private seller of Pick of the Day, this 1970 AMC AMX, says in an advertisement on ClassicCars.com that the goal of the build — a 10-year, spare-time project — “focused on reliability, low maintenance, and updated appearance. There are some performance mods, but my primary goal was an easy to drive, carefree AMX that turned heads.”

AMXs have been turning heads from the very start. They were American Motors’ answer to the question: Doesn’t America need another two-seat sports car? They also were design to help revitalize the AMC brand. George Romney had run AMC as an economy-car maker but left for a career in politics.

For the 1968 model year, AMC introduced both the Javelin, its answer to the Ford Mustang and Chevrolet Camaro, and in mid-year, the AMX a two-seater steel-bodied competitor for the fiberglass-bodied Chevrolet Corvette coupe.

This 1970 version is powered by a 401 cid V8, linked to an automatic transmission, and features power brakes, power steering and air conditioning. The seller says the car has been garaged in Southern California since purchase in 1986 and has been driven less than 400 miles in the past seven years.

“I’ve always thought the ‘70 AMX was a great-looking muscle car with a unique blend of American and Euro styling cues,” the seller notes in the advertisement.  “It retains the signature contours, edges, and proportions of the original Italian designed prototype. It doesn’t look like any other muscle car of that time, or since.”

Regarding the car’s build, the seller reports, “Engine is a completely rebuilt AMC 401 bored .030. The main reason I chose this engine was a practical matter. The original high compression 360 required high octane gas which is no longer available. The 401 has lower compression than the original 360, but it makes up for that with displacement and the ability to run more ignition timing.”

Built with cruising in mind, the seller says, “there was no compelling reason to swap the original Borg Water automatic, which was rebuilt, for a high-performance TorqueFlite transmission.

To allow for larger custom wheels, the seller reworked the rear differential and axles while retaining the factory gears.

The engine compartment was restored for ease of maintenance and the interior was redone with deeply bolstered seats, a gloss-black dash “cut from the original dash template,” and custom audio.