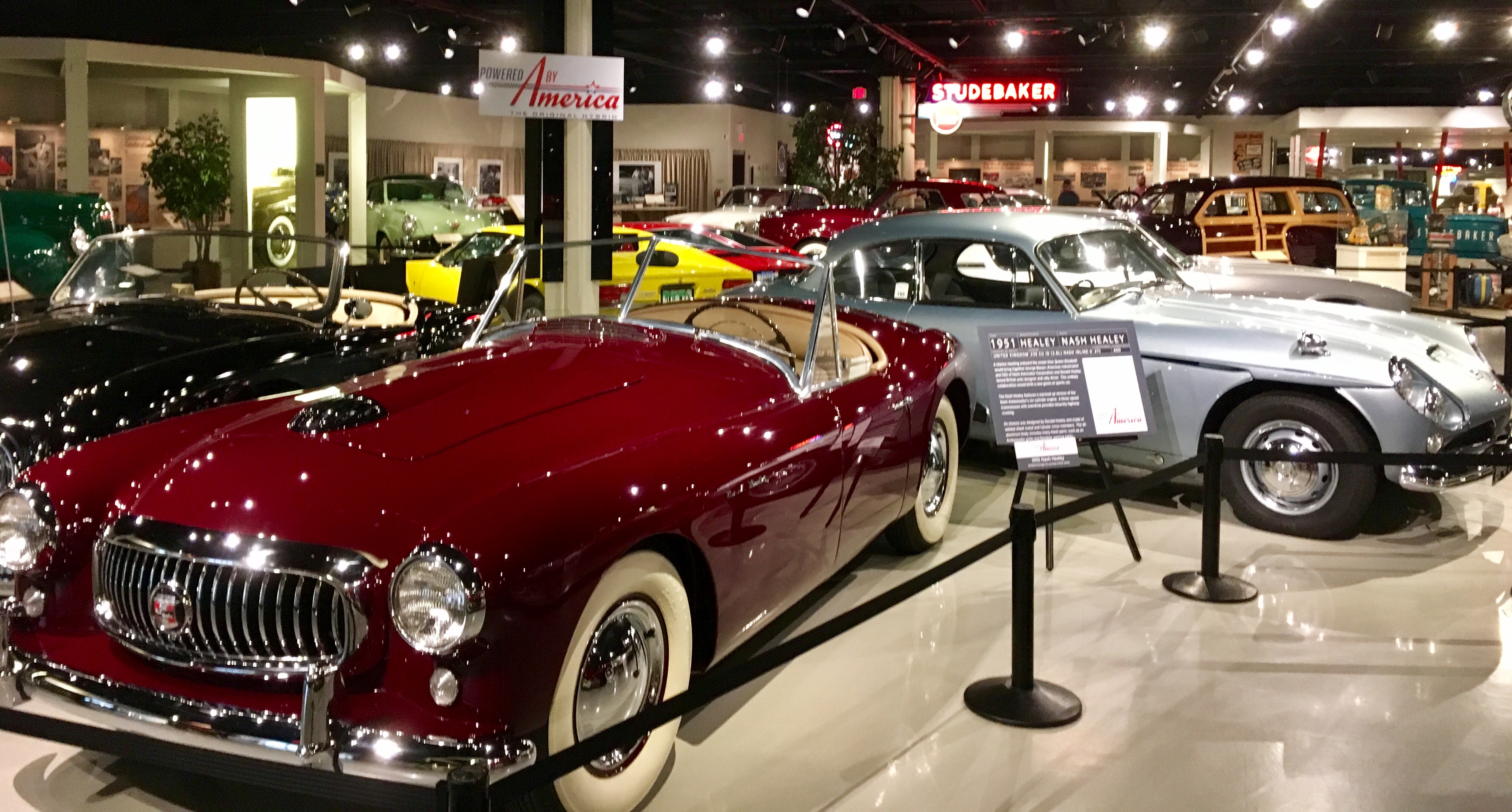 Today, many car museums, including the Blackhawk Museum on the West Coast and the Owls Head Transportation Museum on the East Coast, offer free admission to all active military and veterans. The Owls Head also will offer free rides in its Model T vehicles, weather permitting.

The Blackhawk Museums plans Cars and Coffee on December 4, from 8-10 a.m.

Tonight, the Auburn Cord Duesenberg Museum offers “history on the Rocks,” a cocktail-tasting event with a focus on learning about the Auburn Automobile Companies impact on the area and automotive world.

Peter Brock will be honored by the Simeone Foundation Museum in Philadelphia on November 16 during the museum’s “Spirit of Competition” fundraising dinner.

The National Corvette Museum in Bowling Green, Kentucky, holds a mechanics class Saturday from 10 a.m. to noon. The class goes over basic vehicle care and maintenance like how to change a tire, check fluid levels, and replace taillight bulbs.

The Blackhawk Museum continues its fall speaker series Saturday with Bobby Rahal, the 1986 Indy 500 winner, on November 12. The speaker series continues with Vic Elford on December 3, followed December 10 by designer Raffi Minasian, who will discuss “The Autonomous Vehicular Future.”

The autumn series of lectures at the National Motor Museum in England resumes November 19 with Sarah Cofts discussing Women in Motorsport. On December 3, the museum’s chief engineer, Doug Hill, discusses “Under the Bonnet Again.”

Saturday, the Simeone Museum holds a demo day featuring “British Design Leaders.” Cars to be demonstrated include a 1934 MG K3 Magnette, a 1936 Aston Martin Le Mans and a 1933 Squire Speedster.

The next Demo Day at the museum is set for November 26 and features “People’s Choice” winners.  Voting takes place online and is open until November 16. Winners will be announced on the 18th.