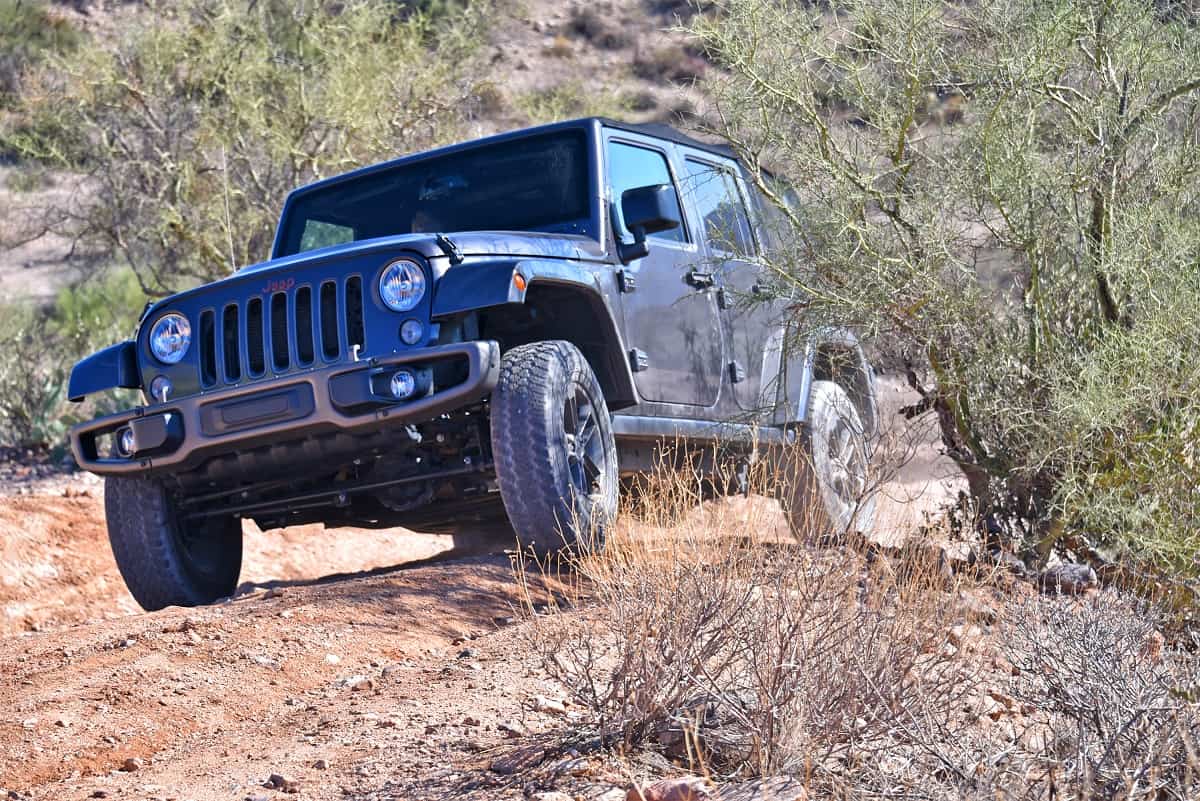 (Editor’s note: Our staff recently did a series of brief drives — either around 30 miles on pavement or on a short but challenging off-road course — in several cars during the media day at the annual Active Lifestyle Vehicle awards program held in the Phoenix area. The series ends with Nicole James’ impressions of three vehicles she drove during that program.)

The 2016 Active Lifestyle Awards would have been much more interesting if the Mazda Miata had joined the “best value on-road” class and gone head to head with the its Italian counterpart, the 2017 Fiat 124 Spider. The 124 matches the Miata’s unparalleled open-top fun while drivers are left grinning from ear to ear after a few short moments behind the wheel.

The Miata and 124 share many of the same chassis components that contribute to a similar driving sensation and the 124’s “Fiata” nickname among enthusiasts. But the 124 has several key differences.

One such difference is that the 124 uses the same 1.4 turbo used in the Fiat 500, making peak power in the 160-horsepower range with 184 pound-feet not foot-pounds of torque at 2,500 RPM.  Power delivery was smooth, brisk, and turbo lag was nearly nonexistent. The 124 pulled through corners and maintained tight handling and steering that is sharp and crisp despite being heavily power assisted.

It’s the type of experience that brings out the joy of driving.

The interior of the 124 is simple, almost cramped, with very few storage options. The top is placed behind the seats and can be operated with a single hand without leaving the cockpit. Trunk space is surprisingly roomy and can accommodate day bags, but that’s about it. Car entertainment is simple to use, and the 124 has a backup camera.

The 124 may not be suitable for those seeking to haul such things as bikes and boards, but for someone with an active lifestyle, the car makes the drive an enjoyable sport for sure.

In the Southwest, off-roading and toy hauling are just as important as being able to drive on pavement. For those interested in having a good time either on the road or off, the 2017 Honda Ridgeline is a very appealing truck.

A unibody pickup rather than the typical body-on-frame, Ridgeline has an exceptionally smooth ride and seems very capable. It has been fitted with a 3.5-liter V6 capable of 282 horsepower and 262 pound-feet of torque mated to a six-speed automatic transmission. Honda offers a front-wheel-drive Ridgeline as well as an all-wheel-drive version, with a 5,000-pound towing capacity.

Driving up some gentle grades meant applying pressure to the throttle before the transmission downshifts for more power, but on a flat road, the Ridgeline takes off with the slightest push on the pedal.

The interior features high-quality material, the various buttons and controls are placed well, and they are simple and easy to understand. Additionally, the Ridgeline has a roomy cabin with an insane amount of storage that can be found under the seats and in various compartments throughout.

Some of the highlights that make the Ridgeline innovative and unique include the two-way tailgate that folds either up and down or can swing to the side to allow for better access of the bed. The pickup also has extra under-bed storage compartments that double as coolers for tailgating, with an easily assessable drain.  Bed-mounted speakers controlled from inside the cabin provide the party tunes. Upgraded models of Ridgeline come with an AC outlet in the bed sidewall that can power a flat-screen TV.

The 2017 Jeep Wrangler Unlimited is not much different from the its World War II origins and retains its no-frills rugged vibe and extreme go-anywhere, do-anything capabilities.

Over the course of the Wrangler’s evolution, powertrain updates generally have been welcomed, but the interior and exterior design have gone largely unchanged due to enthusiast’s resistance.  As a result, the exposed hinges and utilitarian interior remain.

The 2017 Wrangler comes as a two-door or four-door body atop the frame, both styles powered by a 3.6-liter V6 rated with 285 horsepower and 260 foot pounds of torque. The Jeep is available with a six-speed manual transmission or a five-speed automatic that allow for multiple four-wheel-drive systems to operate from capable to sophisticated while stock ground clearance ranges from 8.3 to 10.0 inches.

Available features include underbody skid plates, rigid front and rear axles with locking differentials, hill-descent control, the ability to electronically disconnect the front anti-roll bar, and the ability to take on angles designed for serious rock-crawling.

The downside is that to be so off-road capable, the Jeep makes an extreme daily driver with a large amount of interior noise, a lot of body motion and play, and a high center of gravity, along with knobby tires that make for slow throttle response and lengthy braking distances. High-speed stability is a little sketchy, but it’s a Jeep and will forever be capable and stylish.