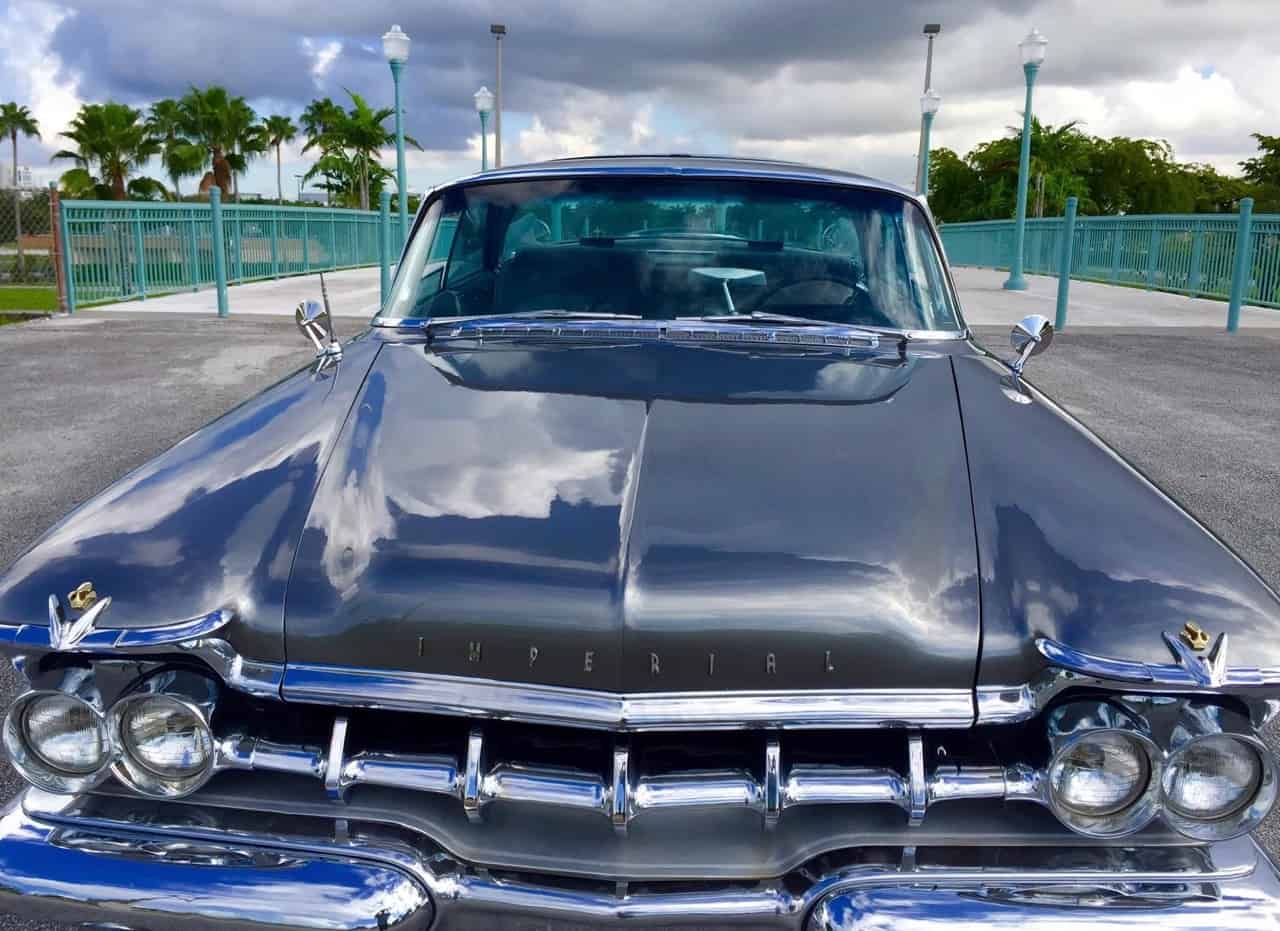 The Pick of the Day is a 1959 Chrysler Crown Imperial Southhampton Edition, which means it was one of only 1,728 out of a production of 17,000, notes the private seller in the advertisement for the car on ClassicCars.com.

The car was the seller’s father’s car, purchased after a complete restoration by the car’s previously owner, the ad says.

The seller also notes that for the 1959 model year, Imperial production was moved from Chrysler’s Jefferson Avenue plant in Detroit to a modernized and Imperial-specific facility in Dearborn, Michigan, with “an Imperial-specific staff, employing specialized equipment and skills, and myriad quality controls and testing procedures.”

The seller notes that the Imperial’s X-frame was made of such strong metals that the cars were barred from demolition derbies.

The car is painted, according to the ad, in three-stage PPG Original 1959 Storm Gray and black with the addition of a metallic base for “a truly amazing combination as it refracts from the sunlight, it almost seems to change color in front of your very eyes.”

The seller promises there is no filler in the car, nor any rust.

The car has traveled only 41,826 miles since new. The Wedgehead 413cid, 350-horsepower 6.8 liter V8 is in “pristine condition” and linked to a three-speed, push-button TorqueFlite A727 gearbox.

The air conditioning has been updated. The original system was the first with rear vents. The 1959 model year also was the first for front swivel seats, which this car has. It also has the chromed “silvercrest” roof.

The seller said the car has new Coker Classic whitewall tires, 1959 Cadillac taillamps (although the original Chrysler lamps are included), and a new NAPA Legend battery.

The ad includes 112 photographs, including those showing the dashboard and those ’59 Caddy taillamps at night.