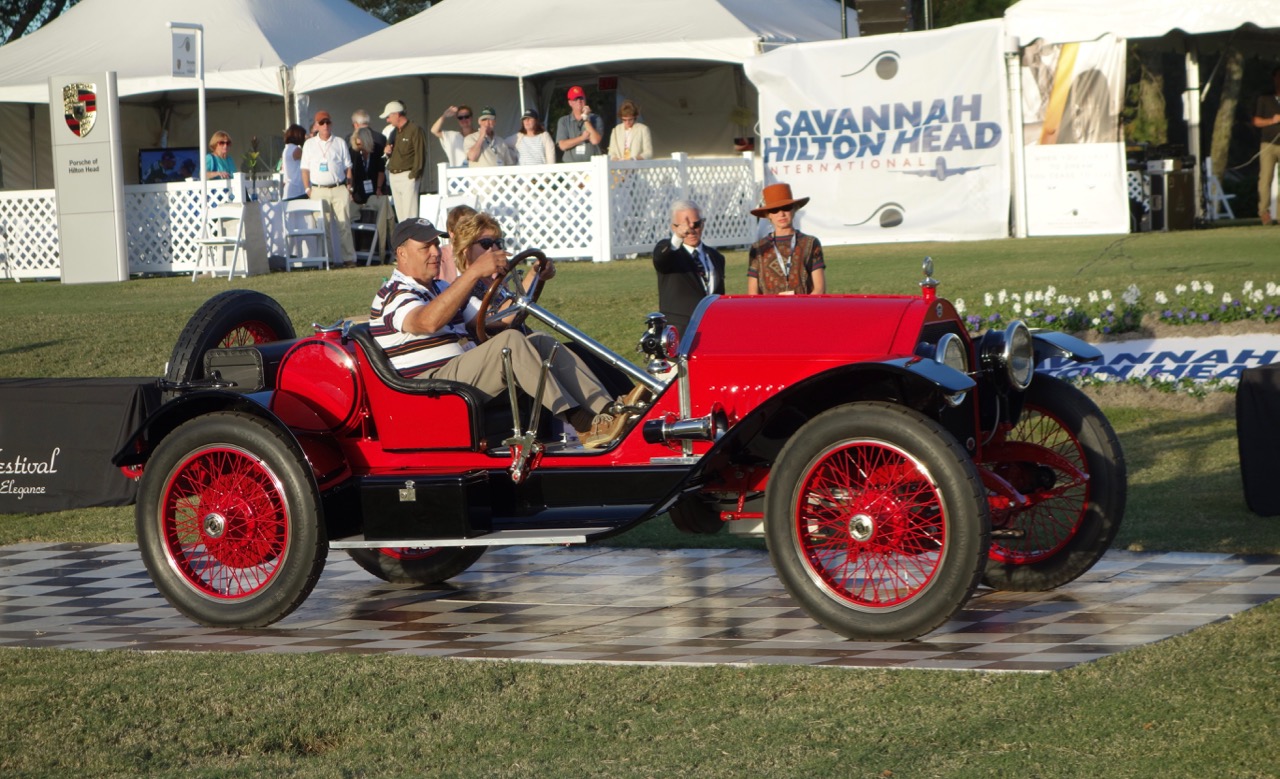 The best of show was chosen from among  a field of class winners that included cars such as a 1938 Peugeot Darl’Mat 402, a Delahye, a stunning MG Airline coupe and the winning 1914 Stutz Bearcat, which had been  flawlessly restored.

Those paying their way into the event voted the People’s Choice trophy to a 1956 Dodge Custom Royal owned by Douglas Dressler of Ocean Isle Beach, North Carolina.
The other major award presented at the end of the day was the Paul Doerring Founders Award, which went to a 1953 Maserati A6GCS owned by G. Larry and Patricia Wilson of Georgetown, South Carolina.

“We again reached our maximum of exhibitors this year and encourage owners to submit as early as possible for next year’s event,” festival president Carolyn Vanagel said in a news release. “The world-class hospitality and facilities of our venue, The Port Royal Golf Club, along with our newest additions including the events at the Hilton Head Island Airport and events with publishers Keith Martin (Sports Car Market) and Dutch Mandel (Autoweek) have resulted in an even higher quality show field than in past years, and this year’s winners truly point to our growth and success.”

The weekend also featured an Auctions America sale with a barn-found 1957 Porsche 356A 1600 Speedster selling for $665,500 after being removed from 40 years of storage in the Chicago area.

More than 500 vehicles took part in the two-day event, which included a car clubs show on Saturday. The festival actually began a weekend ago with the annual Savannah Speed Classic.