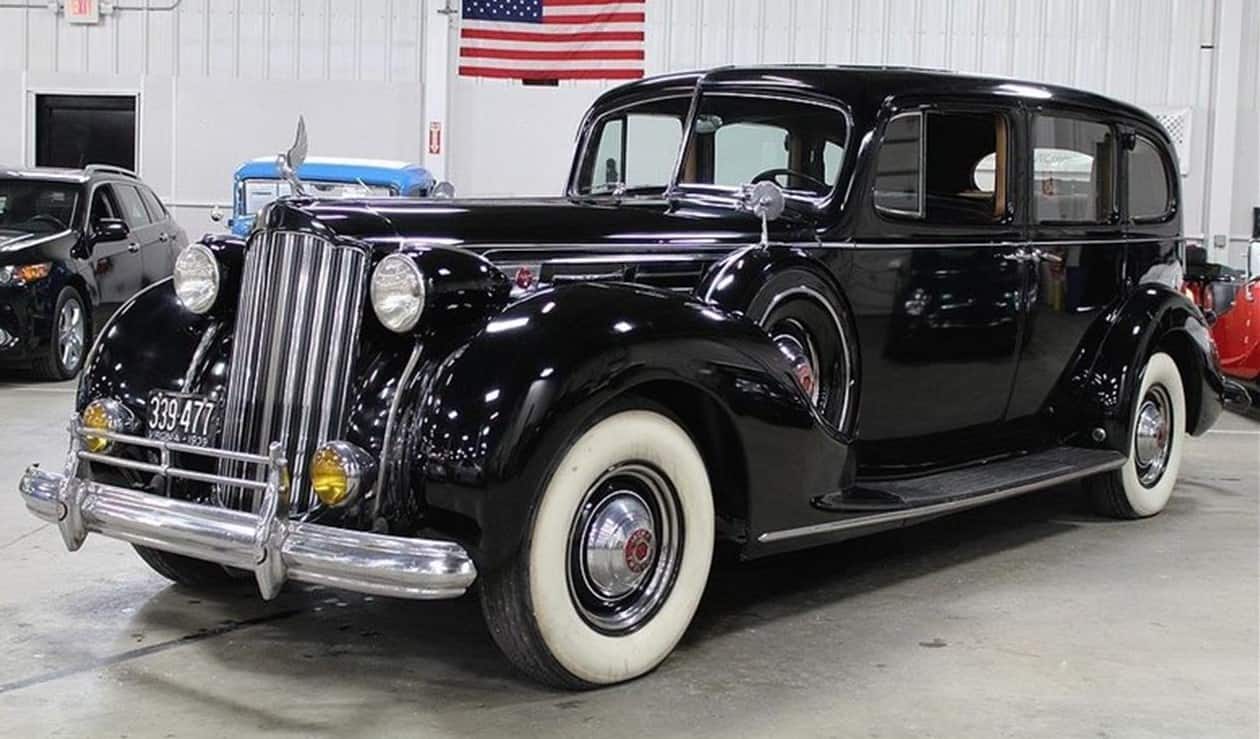 Being at SEMA, I’ve seen a lot of interesting creations, most of them intricate and interesting to look at, but at times they can feel overwhelming. Sure, SEMA is about the aftermarket which means a lot of mods and restoration components, but sometimes it’s good to just step back and appreciate the beauty of the original car without so many visual distractions.

What I like about the Pick of the Day, a 1939 Packard 1708, listed on ClassicCars.com by a dealer in Kentwood, Michigan, is that it is a clean example of rare and unique car. It’s not something you would typically see heavily modified, but it caught my eye online despite my being around some of the most beautiful cars in the world.

Interior view of the Packard

Packard was a luxury brand with the most-notable models carrying its V12 engine, first seen in 1915. According to the listing, this particular model is not only rare but is of the last year that featured Packard’s V12 engine.

The listing notes that the car began its life in Virginia before moving to California and Arizona in the late 1970s, where it began its long-term family ownership. A grandson has been the owner of the vehicle for the past six years. The car is rust free, the dealer says, and comes with records dating back 35 years.

The car has had a documented partial mechanical restoration that was performed in the late ’80s and early ’90s, according to the seller.

“Although this Packard is in running and driving condition,” the seller writes in the listing, “it is in need of some freshening up.” The seller suggests a fluid flush and belt service in addition to a tire change, noting that the rubber on the Packard currently is approximately 30 years old.