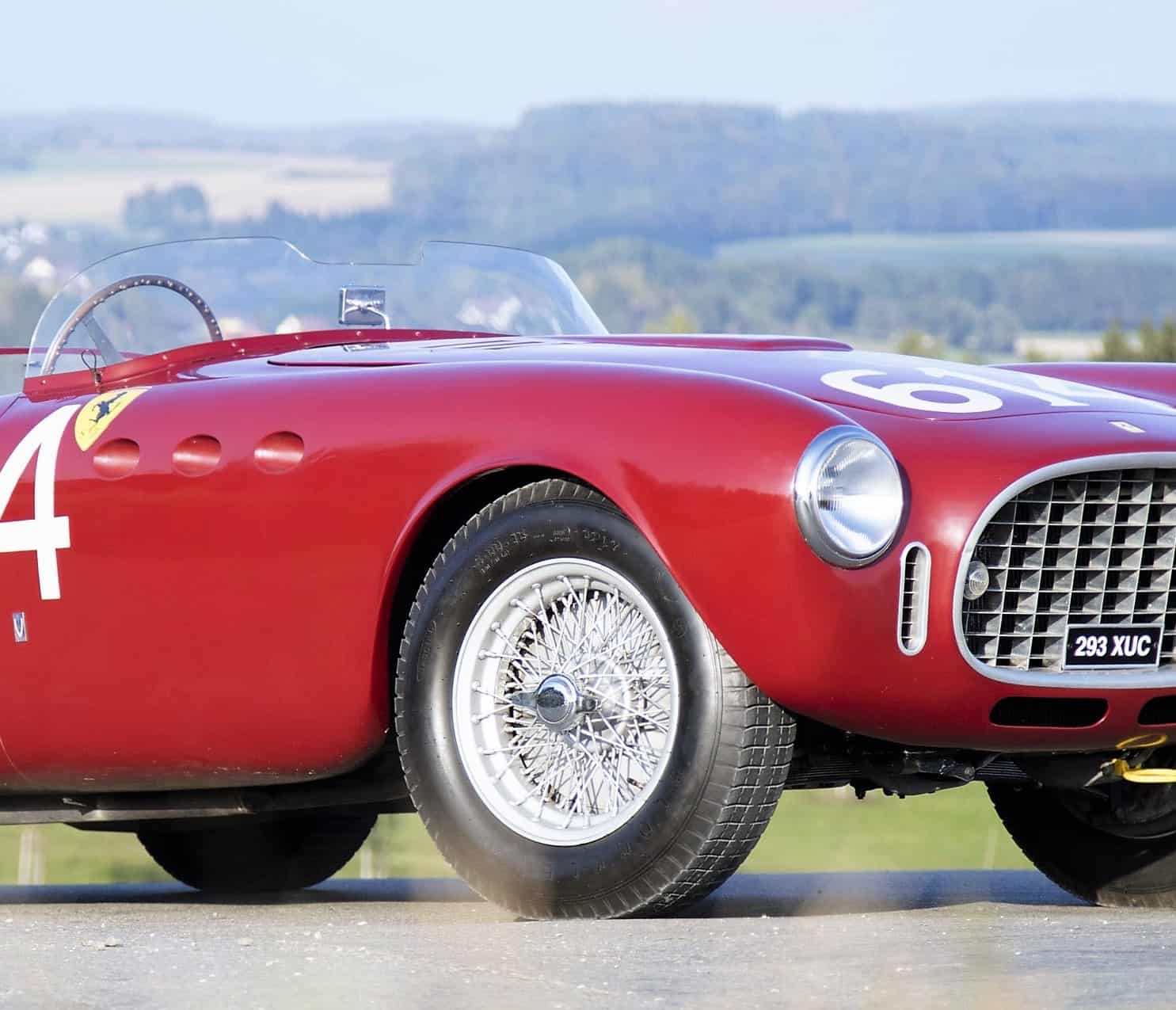 A spectacular piece of racing history has been consigned for Bonhams’ January auction in Scottsdale: A 1952 Ferrari 340 America Vignale Spider that was the factory team entry for the 1952 Mille Miglia and 24 Hours of Le Mans.

The Spider, chassis No. 0196A, is one of just five built by Carrozzeria Vignale and one of three uprated to factory team specifications, which added 40 horsepower to the output of its 4.1-liter V12 engine.

The 340 also received such special features as integrated air intakes, portholes and brake vents on the body.

Although the Ferrari has been re-bodied in its original racing form – after its competition career, it had been turned into a coupe by Vignale for private sale – the team car has been authenticated by marque expert Marcel Massini as a Ferrari works team entry in the 1952 Mille Miglia, driven by Piero Taruffi, and raced in the 24 Hours of Le Mans by Louis Rosier.

The car also competed that same year in the Targa Florio, Grand Prix of Bern, Pescara 12 Hours, Maloja-Saint Moritz Hill Climb and Grand Prix of Bari, according to Massini’s documentation.

The Vignale Spider “is an exceptional and important car representing Ferrari’s early efforts on the road to world domination,” Bonhams said in a news release. “Not only has this historic sports racer competed in period in some of the world’s greatest motor races, but it has also participated in the Mille Miglia Storica, Monterey Historic Races and Monaco Historic Grand Prix.”

With historic Ferrari competition cars reaching all-time highs at auction, the Spider could be one of the top-selling cars during Arizona’s famous collector car auction week, possibly climbing into an eight-figure result.