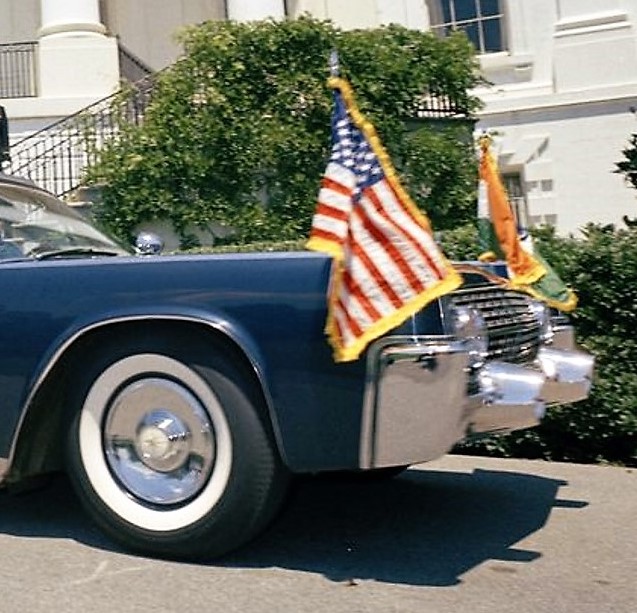 When the subject of presidential limousines comes up, many Americans conjure images of John F. Kennedy waving from the stretched 1961 Lincoln Continental convertible in Dallas, Texas, prior to his assassination. JFK’s limo is arguably the most famous and talked about limousine in American history.

Interestingly, the Kennedy car was not immediately retired by the U.S. government following Kennedy’s violent death. Due to the cost of replacing the limo with a newer model, the car was re-powered, re-armored, updated and fitted with a non-removable bulletproof glass top. It continued in service for another 13 years serving four more presidents, with additional modifications added for Presidents Lyndon Johnson and Richard Nixon.

Kennedy’s 1961 Lincoln Continental was the last convertible used by an American President. All the presidential limousines that followed were closed vehicles heavily modified for protection.

Special fortifications to protect the President were first added to the official limousine around 1939, when Franklin Roosevelt’s 1939 Lincoln named the “Sunshine Special” became the first specially built presidential vehicle. Stretched to a 160-inch wheelbase, the addition of an armored plated body and bulletproof glass made the Sunshine Special suitable for the commander in chief. The Lincoln remained in presidential service until 1950.

Prior to this, presidential limousines during the first part of the 20th Century were simply luxury sedans that could have been purchased by anyone, as opposed to today’s purpose-built, massively fortified luxury tanks.

History records the first president riding in a car was President William McKinley, who was transported in a 1901 Stanley Steamer. Later, President Theodore Roosevelt, who preferred an open horse-drawn carriage to an automobile, was followed by his Secret Service detachment in a 1907 White Steamer.

It was forward-thinking President William Howard Taft who really moved the presidency into the motor age during his term in the White House. He converted the White House stables into a garage and through an appropriation of funds from Congress, purchased the first fleet of cars for the White House.

It was reported that President Taft became a real fan of the White Steamer when he discovered he could conceal himself from press photographers with a carefully timed burst of steam created by his chauffeur.