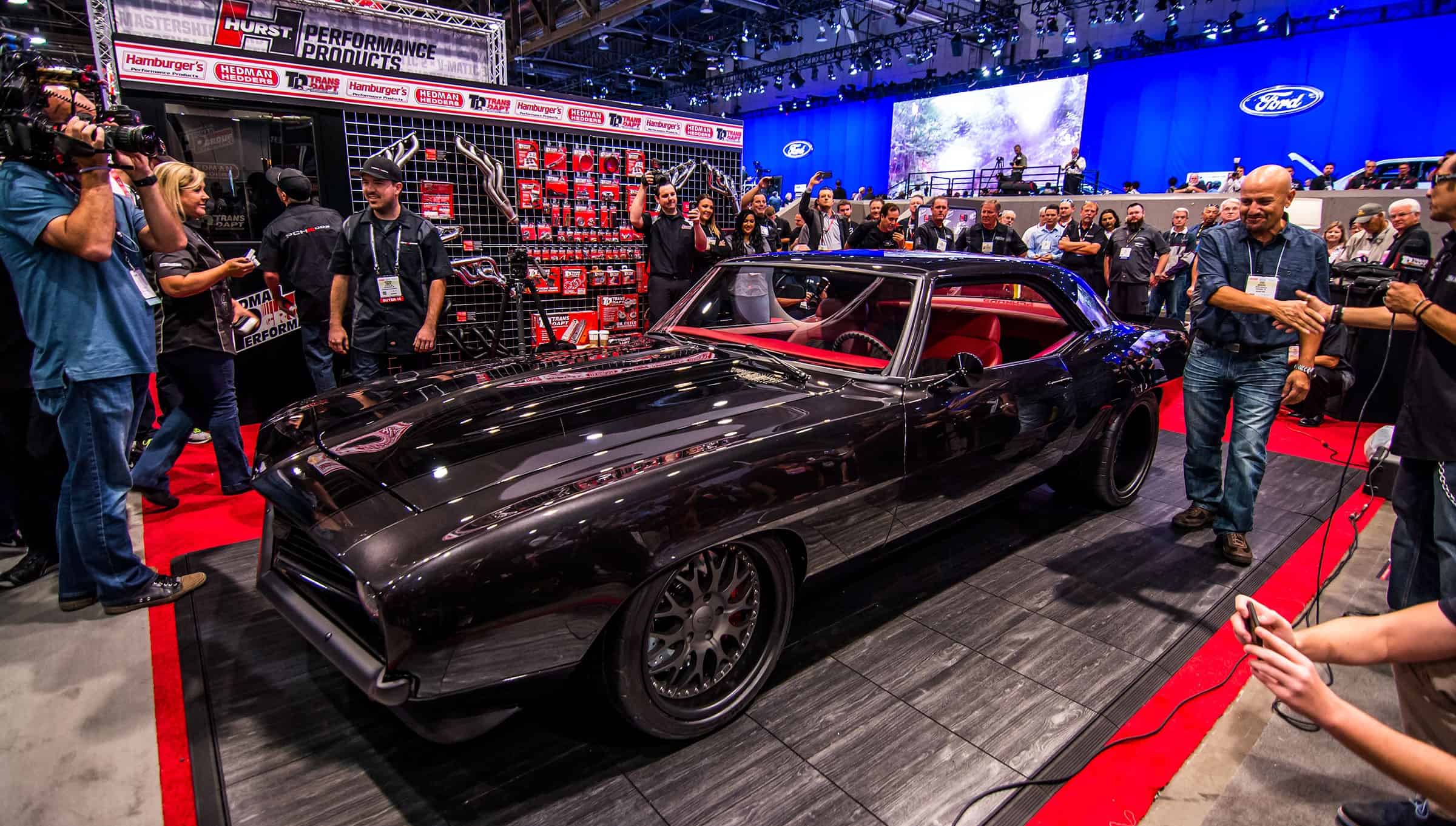 In 1963, the Specialty Equipment Market Association was founded and in 1967, the first SEMA show was held under the grandstands in Dodgers Stadium. The inaugural show featured around 100 booths and attracted 3,000 attendees.

This year marks the 50th SEMA Show and to celebrate, builder Rob Phillips and his team at PCHRODS created a 1969 Chevrolet Camaro 50/50 – half luxury and half performance.

The Camaro is shown in Charcoal Metallic paint from BMW’s 2015 line up complete with black rally stripes and is controlled with a Tremec T-56 magnum 6-speed transmission with Centerforce DYAD clutch and hydraulic throwout bearing.

An aggressive stance is achieved with a set of custom three-piece Forged Intro Wheels, sized 18×10 in the front and 18×12 in the rear, wrapped in BFGoodrich rubbers. A set of custom Baer 6-piston calipers with 14-inch rotors are seen peeking out behind the wheels.

To complement the stunning charcoal paint, the interior of the Camaro has been adorned with Garrett Leather and Alcantara Suede. The door panels and headliner were sourced from Marquez Design while the look is finished with a custom carbon-fiber dashboard.