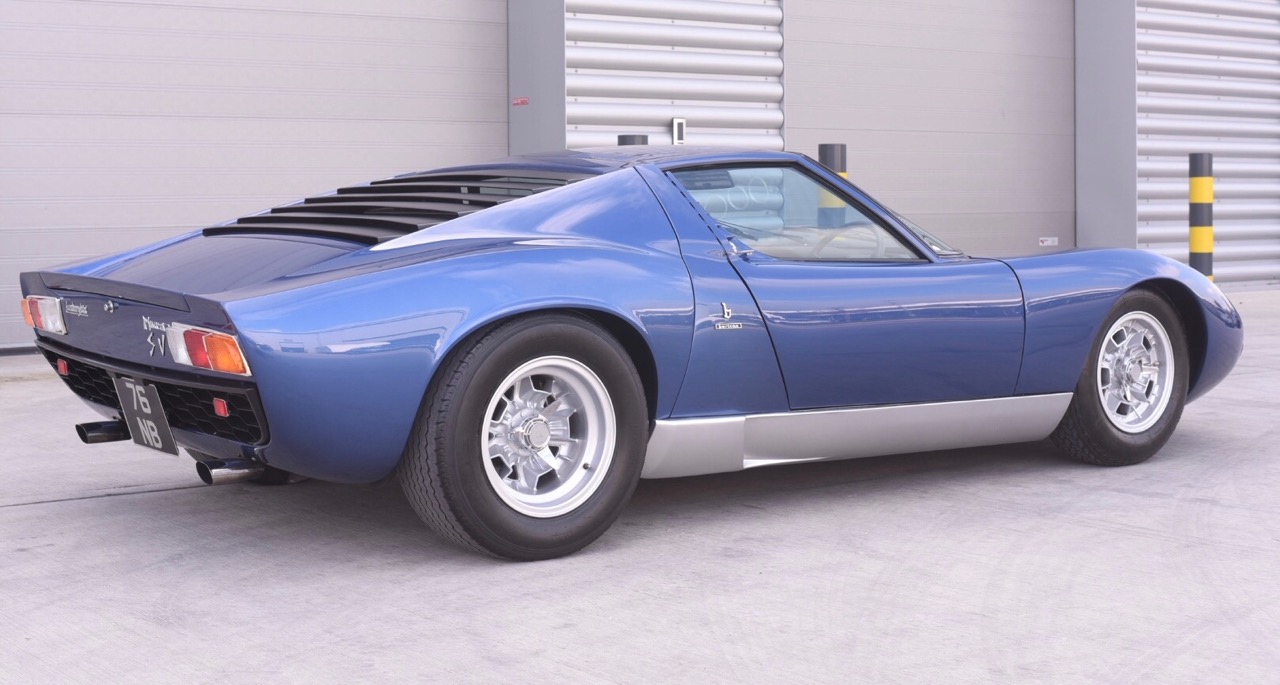 A Lamborghini Miura formerly owned by entertainer Rod Stewart sold for £909,000 ($1,112,588) Saturday at Coys inaugural Classic & Sports Car Show auction in Alexandra Palace in London. The P400S model had been restored and upgraded to SV specification.

Another celebrity car, a 1972 Maserati Ghibli 4.9 SS formerly owned by Adam  Clayton of U2, set a world auction record for such a car when it sold for £303,000 ($370,862). Prices include buyer’s premium. The ex-Clayton Maserati was one of only eight built with right-hand drive.

“In combination with the very high-quality features, displays and the amazing live parades on Friday, Saturday and Sunday, including original Grand Prix cars on the streets of London, the Coys auction was a very powerful addition to what was a dramatically improved Classic & Sports Car Show,” Chris Routledge, chief executive of Coys, said in a news release.

“The auction was exceptional and clearly shows that the historic motor car market is strong and alive with a world-record price for a Maserati Ghibli, a fabulous result for a 246 Dino and a very encouraging price achieved for the Rod Stewart Miura,” he added.

Coys next sale is the “True Greats” auction scheduled for December 5 at The Royal Horticultural Society, Lindley Hall in London.