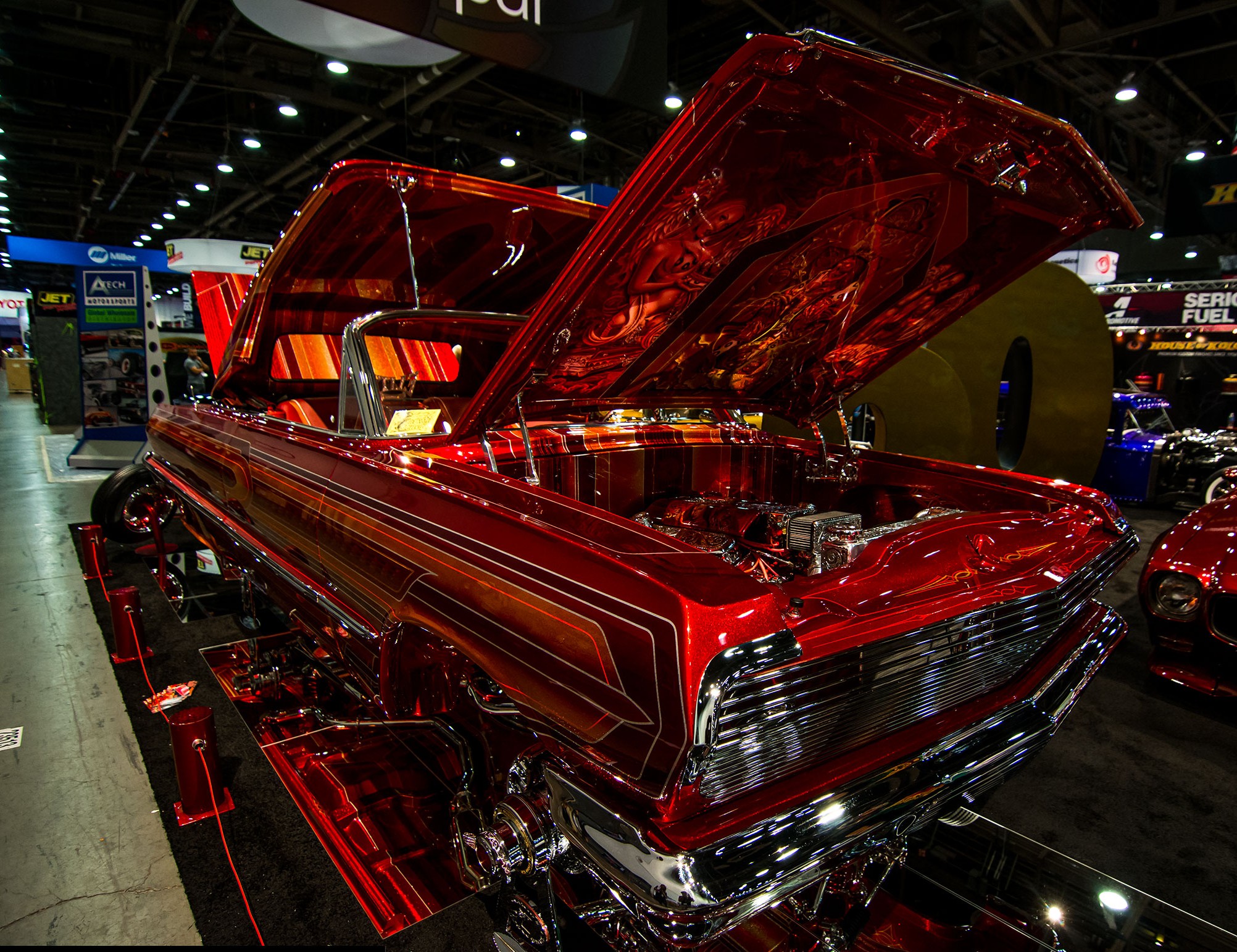 Each year, SEMA showcases the best of the best alongside many new products and trends. Often, some of those new products can be seen on classic vehicles at SEMA, but every once in a while you come across a car that isn’t necessarily a vessel for new products and doesn’t aim to fit whatever the trend is for the year.

While dodging forklifts and chaos of SEMA setup, I spied a 1963 Chevrolet Impala known as “El Rey.”

Under the hood of the Impala

The lowrider was kept secret by the owner, Albert DeAlba, until the car made its debut in 2011 at the Los Angeles Lowrider Show. Since then, the car has been named Low Rider of the Year on three different occasions.

Perhaps the most eye-catching aspect of the car is its finish, a combination of candy reds and golds mixed in with flakes and patterns. DeAlba did the paint himself in addition to some of the custom bodywork, while Willis Dormer and Tom Clark completed the custom pinstriping. A mural painted by Sal Elias complete the look.

Once you begin looking closely at the Impala, you start to notice some other details; nearly every chrome component has been engraved by Miguel Chaves.

“The battery for the vehicle and the brake booster for the master cylinder are under the dashboard,” DeAlba said of the car’s clean engine bay. His goal, he said, was to make the motor look like it was floating. Brake, fuel and hydraulic lines are not visible either as everything is concealed within the vehicle cockpit to ensure that the cleanliness and craftsmanship of the car stand out.

The lowrider features other custom components such as the grilles created by Greg “Grille Greg” DeAlba and the suspension by Humberto “Beto” Rocha which incorporates hydraulics by Hoppo.

Within the Impala is custom upholstery by Elegance Auto Interiors complimented by audio work by the Art of Sound.