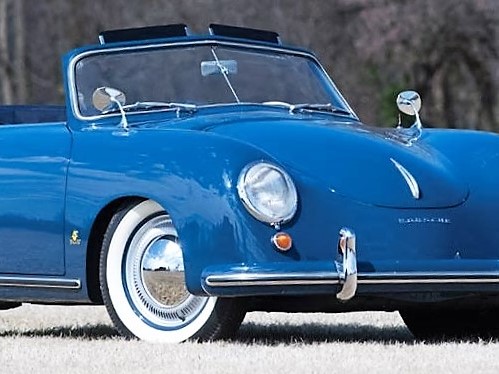 Worldwide Auctions has announced that it is adding its gavel to Arizona Auction Week, with a sale of about 80 collector cars set for January 18 in Scottsdale’s Old Town district.

That will bring to seven the number of auctions that take place in the Scottsdale/Phoenix area during the annual old-car festival, more than any similar cluster of collector car sales in the U.S.; the Monterey, California, area hosts five auctions during Pebble Beach Concours week.

Worldwide currently conducts annual sales in Arlington, Texas (formerly in Houston),  and Auburn, Indiana, which is the company’s home town.

“My partner John Kruse and I have been attending the auctions out in Arizona for many years,” Rod Egan, principal and chief auctioneer, said in a news release. “Starting the year with an Arizona sale has long been part of our plans, and the time is right to introduce a fresh and exciting sale to the mix.

“We have had huge encouragement from clients who simply wanted another quality option in that market and we can promise a great selection of consignments in Scottsdale on January 18th as we kick-off the catalogue auctions for the year and begin to set the market.”

The Scottsdale sale will include significant motorcars offered without reserve, three very early Porsches from the Darwin James Collection: a freshly restored 1955 Porsche 356A/1600 Speedster with numbers-matching powertrain and Porsche Certificate of Authenticity and Kardex, a rare Pre-A 1953 Porsche 356/1500 “Bent Window” Cabriolet with coachwork by Reutter, and a recently restored, numbers-matching 1959 Porsche 356/1600 S Convertible D with coachwork by Karrozzeiewerke Drauz and a Certificate of Authenticity.

While Worldwide says that it will conduct the auction in Old Town, it has not revealed where in the central Scottsdale district the sale will be held.

The other auctions that take place during Arizona Auction Week are Barrett-Jackson, Gooding & Company, Russo and Steele, and Bonhams in Scottsdale; RM Sotheby’s in Phoenix; and Silver Auctions at the nearby Fort McDowell Casino.