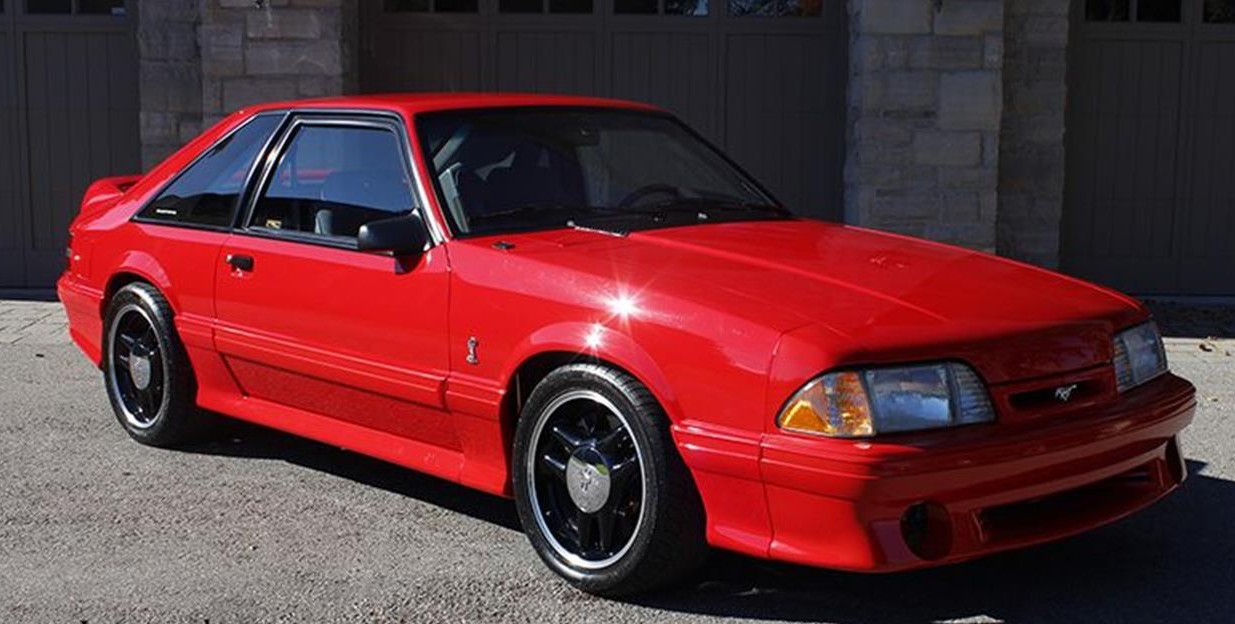 If you ask a gear-head millennial what their favorite movie is, it will undoubtedly be a title within the Fast and Furious franchise. The series of films introduced the generation to fast cars, with many citing the series as inspiration for their involvement in the hobby and reason behind some of the vehicles they drive.

One of the driving forces behind the series was Paul Walker, who not only played the role of a car enthusiast but was a true enthusiast himself. Walker was killed in 2013 along with professional driver Roger Rodas in single-car accident while leaving a charity event held at the performance shop that Walker and Rodas shared. The shop also doubled as a storing facility for their car collection.

The Pick of the Day, a 1993 Ford Mustang SVT Cobra R, is from the collection that Walker and Rodas shared. According to the dealer listing the Mustang on ClassicCars.com, the car has just 606 miles and is car 31 of just 107 produced.

Seen in Vibrant Red Clearcoat, the only color available, the car was “developed with a form-follows-function racecar mentality,” the dealer said. This concept essentially means “anything that contributed to excess weight (on the SVT Mustang) was eliminated, including the back seat, radio, air-conditioning and sound dampening material.”

The car was produced and intended for serious racers, like Rodas, and was fitted with MacPherson struts, Koni shocks on all four corners and a front-strut tower brace. Power comes from a 5.0-liter V8 rated with 235 horsepower hooked to a 5 speed manual transmission.

Located in Ontario, Canada, the dealer says the paint and Opal Grey Cloth interior look brand new, asking that those who are interested to contact them for the asking price.  The Paul Walker connection on this low-mileage rarity undoubtedly will raise the ante.