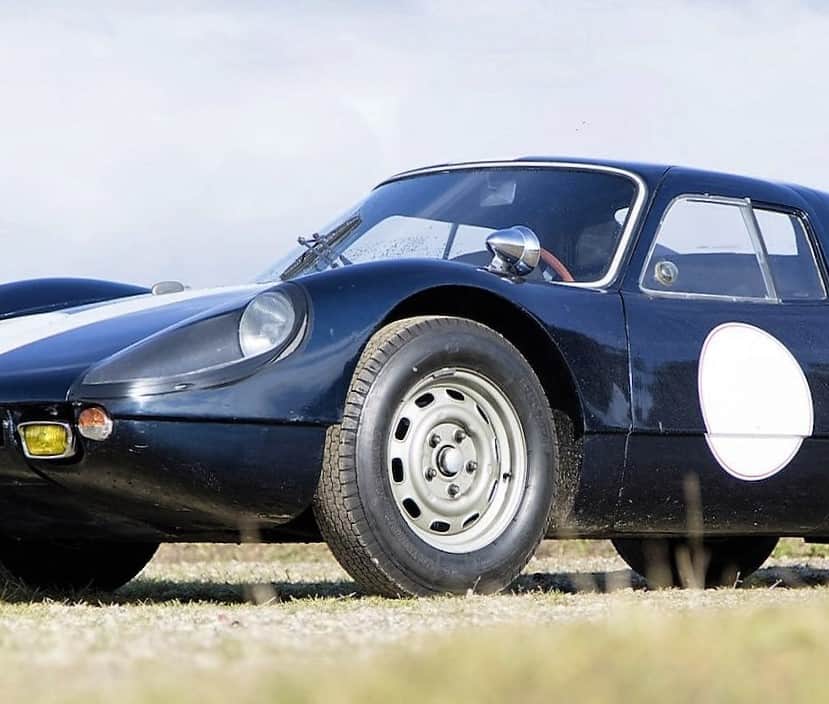 A 1964 Porsche 904 GTS endurance racer with an “unblemished history” will be one of the stars of Bonham’s sixth annual Scottsdale auction in January, the auction company announced.

No. 98 of 106 produced, this 904 was part of the famed Brumos Porsche racing team of Jacksonville, Florida, but was retired after just a few races. The streamlined, mid-engine coupe eventually was sold to a prominent Porsche collector in Europe, where it has remained for the past 28 years.

“What is considered by many to be one of the finest Porsche sports racers in history, the 904 is without a doubt also one of the most iconic cars of the mid-20th Century,” Bonhams said in a news release.

The dark-blue 904 is an unusually preserved version with its original body, engine and interior, rarely found in these cars that most often were raced hard both in their day and at modern historic-racing events. Bonhams has not released a pre-auction estimated value for the car, but recent sales of 904s have been in the range of $1.5 million to $1.6 million, although the originality of this one should command a premium.

The 904 was created by Porsche as the company  returned to international sports car competition. Styled by a young Ferdinand Alexander Porsche, grandson of the company founder, the body of the car was formed out of fiberglass and affixed to a steel ladder frame, a major departure from Porsche’s usual monocoque construction.

The interior is in original condition

The flat-4 engine also was different, with a complex dual-overhead-cam configuration adapted from the Abarth performance design. The engine provided nearly 200 horsepower for the small, lightweight racer. The compact unit was mounted in front of the rear wheels, a setup used previously by Porsche with much success in its 550 sports racers.

The 904 bodies were made out of fiberglass instead of aluminum to hold down costs as the company was required to homologate 100 street versions to be eligible under FIA regulations for Group 3 GT competition. The streetable 904 models carried a list price of $7,245 at a time when a Chevrolet Corvette Sting Ray coupe sold for about $4,600 and the newly introduced Jaguar XK-E was going for less than $6,000. Yet they sold out quickly.

The 904s were highly successful during their first year in competition, winning first overall at the Targa Florio, first at Reims, comprised five of the top 10 GT racers at Le Mans, and posted class wins at Spa and Sebring, among others.

Bonhams’ auction is scheduled for January 19 at the Westin Keirland Resort in Scottsdale. For information, visit the auction website.