Four vintage motorcycles with sidecars going from barn to auction 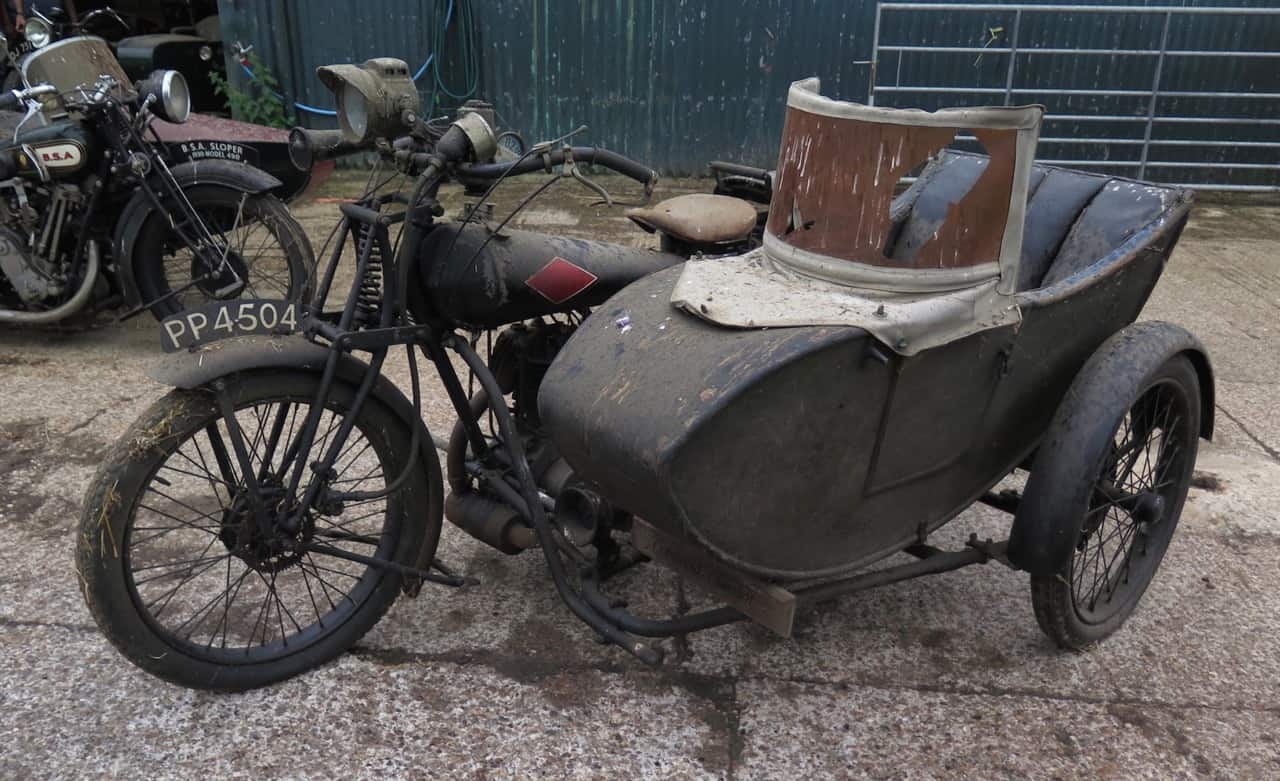 So some 20 years ago, someone put four vintage motorcycles with sidecars into a British barn. The plan was that someday they would be displayed at a new museum.

But the museum wasn’t built and the bikes were forgotten and left to collect dust until recently, when Mark Bryan opened a set of creaking barn doors and rediscovered the motorcycles.

“Sometimes you just get lucky,” said Bryan, of the H&H Classics motorcycle department.

Now, instead of going to a museum, the bikes will be offered for sale at H&H’s auction Donington Park Auction, scheduled for November 16 in Derbyshire, England, where motorcycles and collector cars will cross the block and automobilia will be offered up for bidding.

“It would have been a very happy result to find one of these marvelous old combos in the barn,” Bryan said, “to find four was amazing. I could barely believe it at first.”

What Bryan found in the barn were: