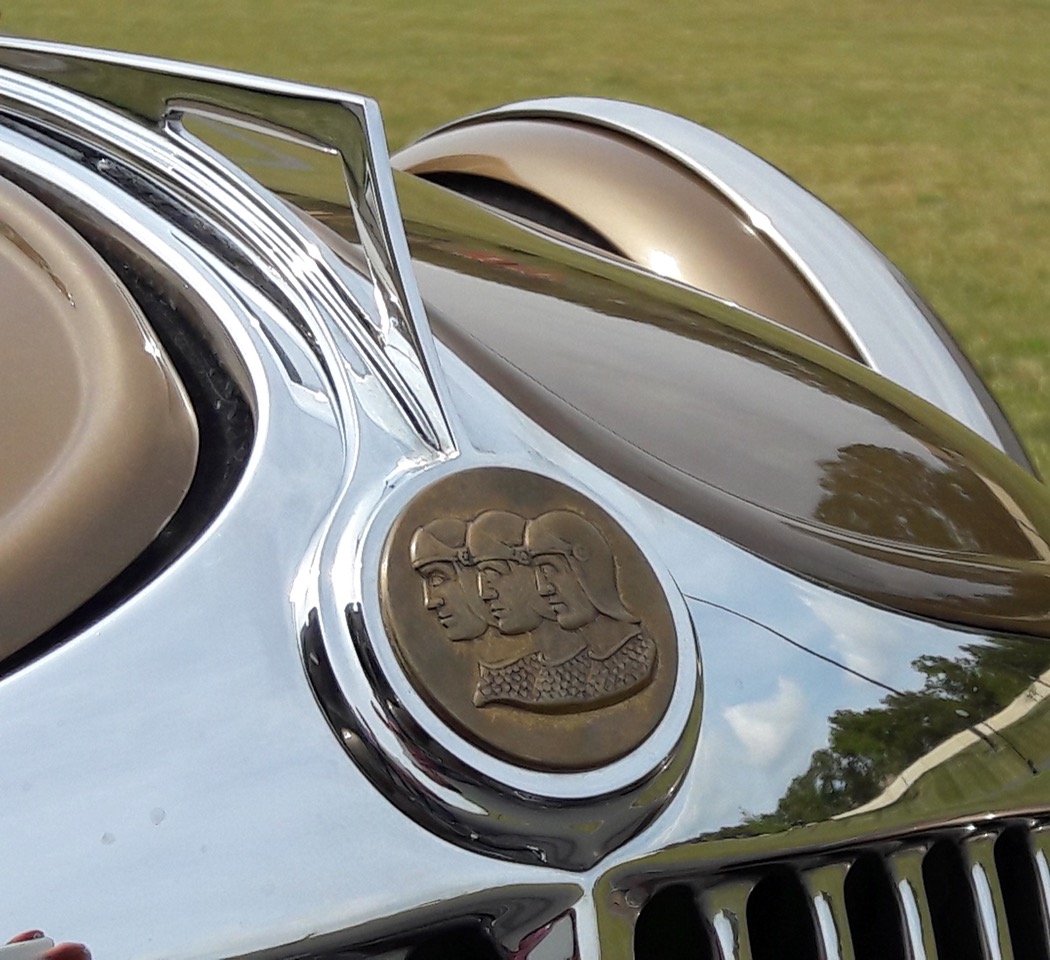 What do fish scales, ladies’ stockings, and Borax soap have to do with classic cars? For the obsessively restored vehicles at the N.B. Center for American Automotive Heritage in Allentown, Pennsylvania, they’re all just part of doing the job right.

Incidentally, the “N.B.” stands for Nicola Bulgari, the Italian billionaire behind the luxury brand bearing his family name, not to mention the driving force behind this multi-acre automotive fantasyland in eastern Pennsylvania.

You see, Nicola Bulgari is not your everyday car collector. His automotive obsession revolves around some of the most ordinary and everyday classic cars. Yes, you’ll find some rare and expensive machinery among the roughly 150 cars being stored or restored at the N.B. Center. Yet, by and large, the majority of the cars have humble pedigrees and nameplates.

Keith Flickinger, the curator and head of restoration, points to one stand-out luxury car amongst a veritable sea of Buicks, Grahams, and Chevrolets. “It looks great, doesn’t it,” Flickinger asks, with a wry smile, as he points to this early-1930s mechanical ode to flowing fenders and copious chrome. The car (which shall remain nameless) is a stunner, to say the least. It looks like a million bucks and is in pristine condition.

“Too bad it drives like an absolute tank,” Flickinger adds, with a laugh. His point is that looks aren’t everything, a fancy exterior or posh badge on the radiator doesn’t mean a car is better engineered, or more enjoyable to drive than classics costing a fraction of the price.

Rather than hand us the keys to a car that would have auction paddles wagging furiously, Flickinger steers us to a gold-colored 1932 Graham Blue Streak sedan.

“This car is so easy to drive and was so ahead of its time,” he says as we step aboard and settle onto the deliciously springy front bench seat. Again, everything is immaculate, though not in the eerie ‘polished with a Q-tip’ way of some coveted collections. Each car here is licensed and titled, all are ready to drive at a moment’s notice.

“You can’t let these cars sit, they need exercise,” Flickinger explains, as he pumps the Graham’s gas pedal and fires up the engine.

Simply restoring the steering wheel of this Graham took Herculean levels of time and patience. Despite its near marble-like appearance, it’s nothing more exotic than painted black plastic. The finish is a clever mix of light and dark brown paint, combined with a wash in soapy water to get the desired effect. Sounds easy, right?

Flickinger, who is hardly a stranger to mechanical challenges, could simply not get it right. Each and every attempt resulted in a muddy mess. Finally, an “old timer” source of Graham knowledge pointed out his mistake: That soapy bath had to be a mix of water and Borax soap, no other kind would produce the desired effect.

With Flickinger’s steering-wheel handiwork now in our hands, we guide the Graham along a test track that winds its way through the grounds of the N.B. Center. The bowl-like layout of the place is no accident, since it was formerly home to an outdoor theater. The screen remains and, as you’ve probably guessed, it has also been masterfully restored and is in full working order.

The Graham shuttles us along, past the machine shop, the fabrication and fabric shop buildings, the engine shop, and countless others. This really could be a working automobile factory, judging by the scale and complexity of it.

Rowing from second to third gear, the 8-cylinder engine putters merrily and doesn’t skip a beat. For a car that’s more than eight decades old, this Graham is wonderfully relaxing to drive. That shouldn’t come as a surprise, considering the Blue Streak is regarded as one of the most influential American cars of all time. Sure, the Duesenberg crowd gets all the glory, but this far more affordable sedan was nothing short of revolutionary when it arrived in 1932.

The fenders are fully enclosed and the radiator cap is tucked behind the swept-back grille, all of which lends a luxurious appearance to car that, in terms of price, was far closer to the Ford and Chevy crowd.

Gaining in confidence, we take a little more speed into corners and discover the steering and suspension are extremely balanced and stable. Credit goes to Graham’s clever rear “banjo” frame chassis, which runs the rear axle right through it, and springs mounted outside the frame, rather than directly underneath it. The result was a car that rode lower and, in turn, offered more cabin room, a better ride and superior handling than its rivals. Every automaker would eventually copy the Graham and, frankly, we love it too. However, with all of the restoration shops still to explore, our drive is curtailed to several hot laps.

Nicola Bulgari has a well-known passion for the Buick brand, a love that was first kindled when he was a boy growing up in post-World War II Italy. American cars, particularly Buicks, were what fueled his early passion. This eventually developed into a desire to buy and preserve cars that might otherwise be lost to history.

While it’s true that Roadmasters and Rivieras hold pride of place in the collection, they share garage space with Chrysler Imperials, Cadillacs, and a wide range of cars from the likes of Nash, Hudson and Oldsmobile, to name a few.

Each building at the Center is a treasure chest of classic cars, with parts arrayed in meticulous order. In the fabric shop, a seat from a 1942 Hudson is being dissected and rebuilt on a work bench. Every seat spring was once wrapped in burlap, to avoid squeaks and fabric tears. The same time consuming work is being done now, to bring the car back to as-new condition.