Benjafield club carries on in the spirit of the Bentley Boys 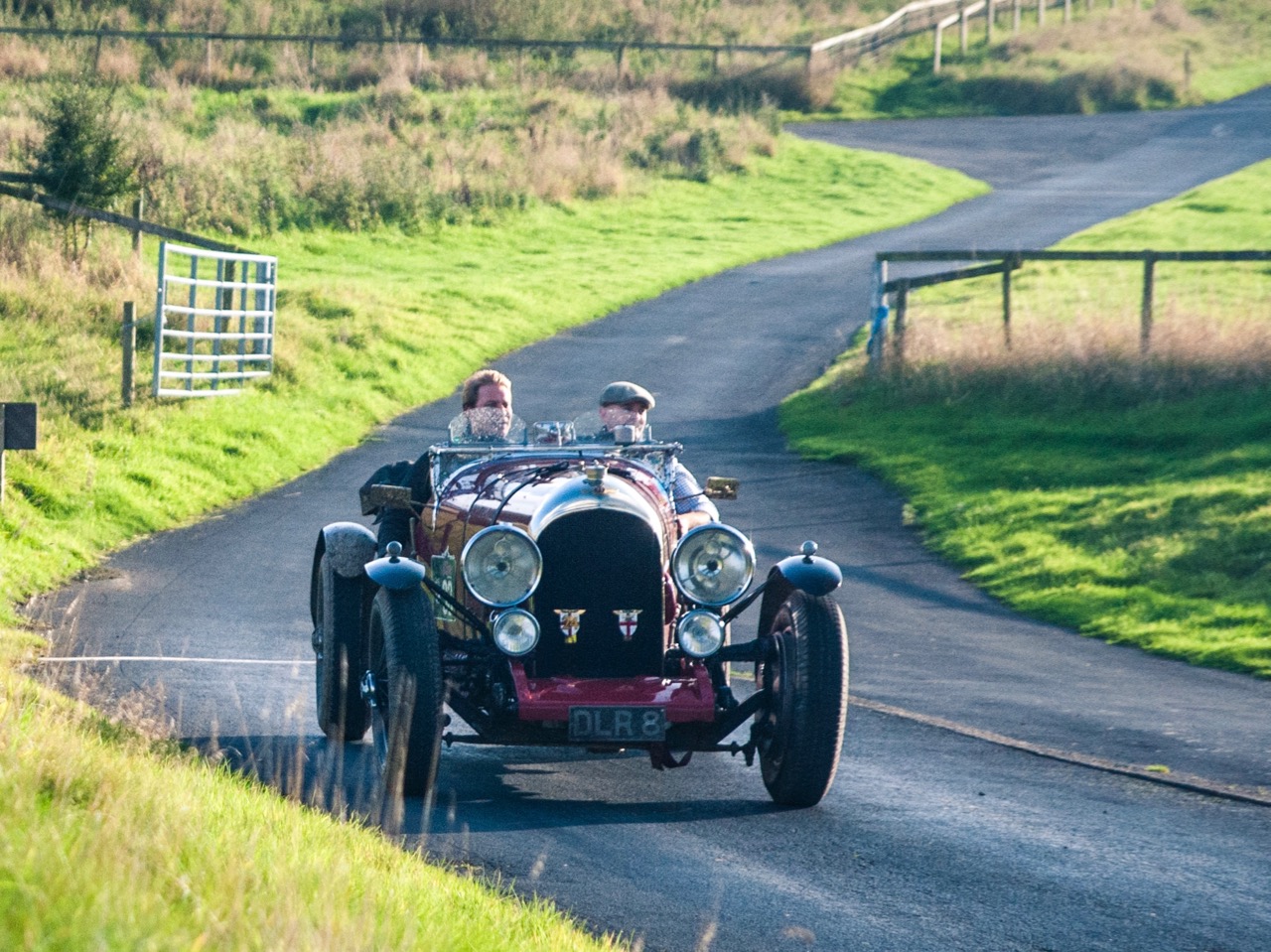 The Benjafield’s Racing Club annually gathers for a one-off event, themed based on the home local of the club member who is that year’s host. This year the event was held at Jonathan Turner’s home at Bowcliffe Hall in West Sussex, England, where the theme was Yorkshire Buccaneer, complete with Yorkshire tea and Yorkshire Pudding.

Participants brought 41 pre-war cars — 25 of them Bentleys — and worth an estimated $45 million for a climb up Harewood Hill, a drive through Bramham Park, runs on the runways of an RAF base, and even laps around a go-kart track. Much of the rally was held on gravel roads.

Turner was among those driving a Bentley, in his case a 1925 3-liter “No. 10” factory team car which a few months earlier competed in the 2016 Classic Le Mans race event.

William Medcalf brought the first of 18 4 1/2-liter Bentleys off the assembly line. Other most notable cars included an Alfa Romeo 8C.

Winning the overall rally was a 1934 Bentley with a Le Francis second. a Bentley 6 1/2 liter was fastest up the hill.

“What a pleasure it was to enjoy Yorkshire with like-minded people, and to see 41 rare and valuable cars being used as they should be,” Turner said in a club news release. “I’m proud of my home county and it was an honour to show Benjafield’s members from as far afield as Slovenia and Spain what we have to offer.”

“The Yorkshire Buccaneer was a fantastic day, for those taking part and those who came to watch,” added Medcalf, the club’s competition captain. “There was plenty of spirited driving, but all the cars made it through the day without incident. We’re grateful to all who came and brought the huge array of historic cars and really used them with gusto, and look forward meeting up again next year.”

The Benjafield’s Racing Club comprises of a maximum of 100 members, and was created to allow the spirit of the original Bentley Boys to live on.

Club events range from sprints at Goodwood to “stubble” racing with pre-war cars on tracks cut into “rough” farm fields.

“There is no known method of joining the club,” the club’s news release noted, “when a space becomes available we are told the entry criteria (aside from owning a pre-war car) is to have done something very good, or very bad, in the historic motoring world!”