Before they were classics, we drove them all winter long 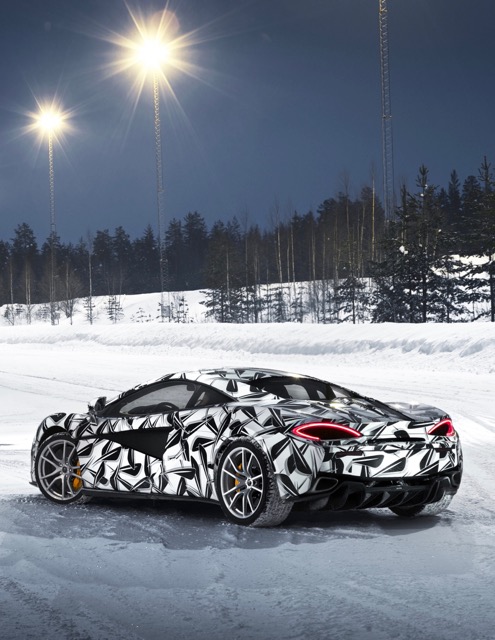 Hopefully you not only noticed but cast your vote in our weekly poll last week. Our question was: What are the best classic cars for winter driving? We offered 10 possibilities.

Even before we posted the question, it caused some interesting discussion within the staff.

A couple of us more elderly curmudgeons pointed out that back when today’s classics were just cars, we drove them year around and regardless of the weather. Sure, we may have bolted on a pair of “snow” tires, stuck a piece of cardboard in the radiator, checked the anti-freeze and changed the viscosity of engine oil (some might even have used an electrically heated dipstick).

We may have put a few bags of sand or rock salt in the trunk to help provide traction-enhancing weight over the rear wheels because they were the ones that propelled the car and, should it be needed, the sand or salt could be spread just ahead of the rear tires to help them find purchase when there wasn’t enough traction for rocking the car out of the snow. Everyone carried a snow shovel in the trunk, and probably a couple of blankets on the back seat.

Rocking the car… does anyone still do that? Or is it just easier to use your cell phone and call Triple A or Hagerty roadside service?

Cars and winter driving have come a long way since then. We no longer have snow tires but “winter” tires. You put them at all four corners — not just on the drive wheels — and they transform a vehicle’s dynamic capabilities on snow and ice.

We also now have specialized winter driving schools, even for people with exotic sports cars. The newest is the Pure McLaren Arctic Experience, which will take place in several three-day waves between January 15 and February 3, 2017.

The location is some 200 miles north of the Arctic Circle in Finland, where snow-covered roads and a special ice circuit will be used to teach winter driving skills in McLaren 570S coupes.

Accommodations for the experience are at the Javri Lodge, former home of the Finnish president up in the Lapp wilderness and now a log-walled guest lodge and center for various winter activities.

You don’t have to own a McLaren to participate in one of the 14-person groups, though you do have to come up with around $15,200 per person for the experience.

I’ve driven north of the Arctic Circle in both Sweden and Finland and been part of a vehicle caravan just south of it in Canada’s Yukon Territory. It’s a fascinating environment with startling short winter days when the sun barely peaks above the horizon but with nights of spectacular displays of the Aurora Borealis.

Driving on frozen lakes is both educational and fun; educational as you learn about cold-weather adhesion and fun since when you exceed the laws of physics, you just slide for a while and come to rest against a snowbank, leaving both you and the car uninjured.

I’ve also been to Pittsburgh and want to return because I’ve just read about that city’s Canton Avenue, which is the steepest street in the country, and likely in the world (steeper than even Baldwin Street in New Zealand, which the Guinness Book recognizes for its 35 percent grade). If you’ve been to Lombard Street in San Francisco, it has a 27 percent grade. But Canton Avenue in Pittsburgh has a 37 percent grade, rising at a 20-degree angle at its steepest section.

FYI: Car company test tracks include test hills that usually are in the 30 percent grade range.

NEWS UPDATES: We reported on Mark Lizewskie’s departure as executive director of the AACA Museum in Hershey, Pennsylvania. He’s accepted a position as general manager of D.L. George Coachworks, a full-service restoration facility that specializes in pre-war and early post-war sports and racing cars and which has sent cars to Pebble Beach, the Mille Miglia, London to Brighton and Peking to Paris.

In another museum personal move, Russ Rocknak has left his position after three years as executive director of the Owls Head Transportation Museum in Maine.

Hagerty, the insurance and vehicle valuation company, is headquartered in Traverse City, Michigan, but last week opened its first U.S. regional office, in Golden, Colorado, where a staff of 60 will be based. Hagerty also has regional offices in Canada, the UK and Germany.

Opening, but also a closing: Ford closed its last Australian auto production facilities earlier this month. Ford had been building vehicles Down Under for more than 90 years. The last car off the line was a blue Ford Falcon XR6. (We’ve heard no comment so far from Mr. Trump.)

It was Ford’s Australian arm that produced the first ute, a car-based pickup that spawned the Ranchero in the U.S. and also inspired the very popular Chevrolet El Camino.

One of Bradley Farrell’s goals in launching The Finest Automobile Auctions was to eliminate the “grinding” pressure on consignors to lower their reserves when bidding fell short. At the Finest sales, if a car doesn’t sell on the block, it moves online to a 24-hour extending bidding period, then to buy-it-now format for another 24 hours and finally, a 24-hour “make-an-offer” sales period.

H&H Classics of England has just announced a make-an-offer bidding period through October 20 for vehicles that did not sell at its recent auction at the Imperial War Museum Duxford.

The move makes sense since H&H’s Simon chairman also is the auctioneer for The Finest sales on this side of the pond.