Sales at major collector car auctions hit $1.2 billion and 201 cars sold for $1 million or more  between September 1, 2015, and August 31, 2016, according to the  21st annual edition of the Classic Car Auction Yearbook, being published Thursday in Padova, Italy, by Historica Selecta.

“The numbers show a much stronger market than the impression we had in the auction rooms this year,” Adolfo Orsi, automotive historian and yearbook co-author with Raffaele Gazzi, said in a news release. “At the end we had a total turnover of $1.2 billion, only 1.5 percent down from last season.”

“The average value estimate of some models dropped by 15-20 percent, but this slowdown was expected after years of increase and makes the market much healthier,” he added. 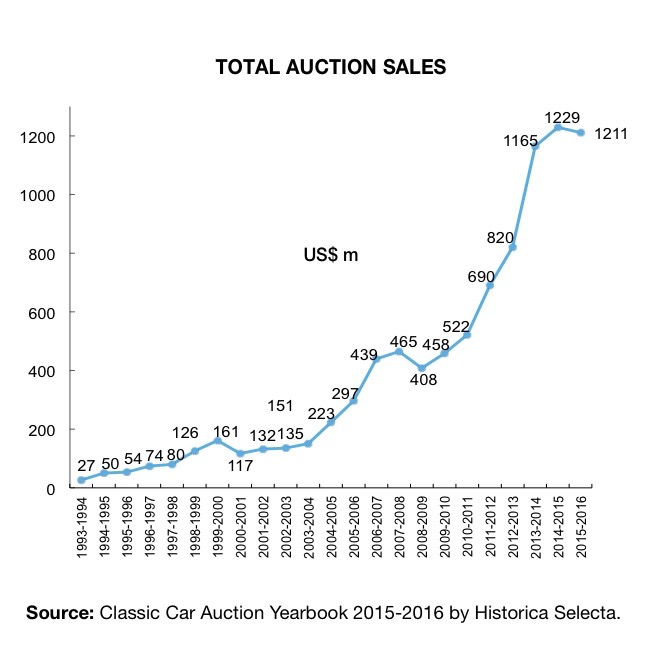 “We are also noticing a new generation of collectors enter the market and they tend to be focused on modern-era cars.”

According to the yearbook’s pre-publication news release, Ferraris represented about 30 percent of the total market in terms of sales dollars generated, with 812 sold compared with 576 during the previous year.

The Classic Car Auction Yearbook, underwritten by Credit Suisse Classic Car Program, details the sale of 5,644 cars at major auctions around the world, and tracks the results of specific marques since 1993. It also compares auction results in the United States, England and Europe as part of its market analysis. 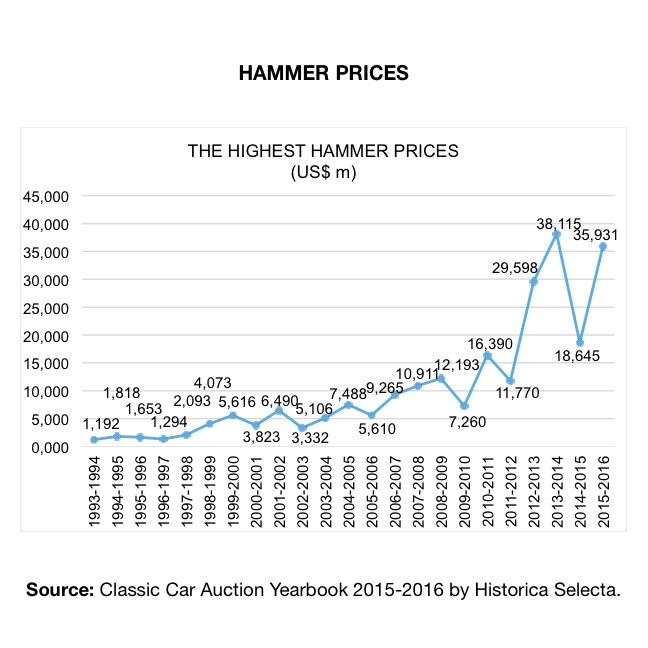 The yearbook spans 416 pages with 930 photographs and has a retail price of €70  and is available annually at automotive book sellers including Amazon (for $79).