‘Jewels in the Crown’ collection offered at Silverstone auction 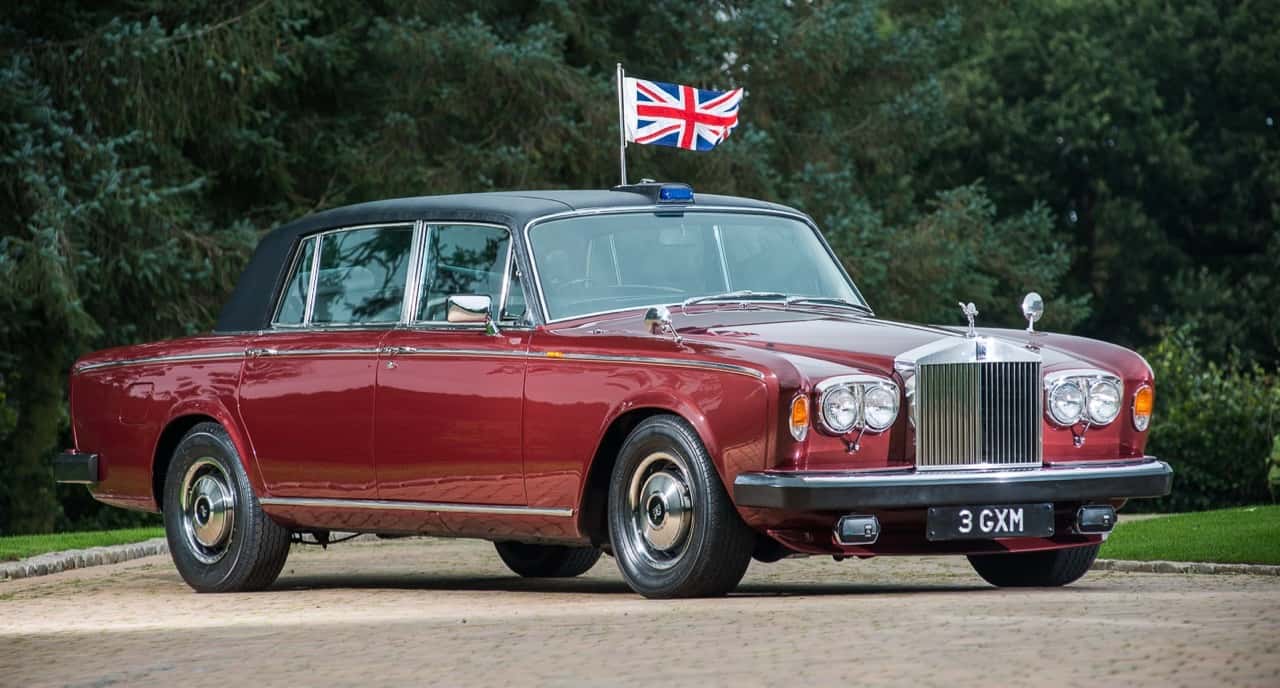 A group of a dozen cars formerly owned by members of British royalty, politicians and celebrities are on the docket for Silverstone Auction’s Classic Motor Show sale scheduled for November 12-13 at the NEC in Birmingham, England.

Among those cars are a 1994 Audi cabriolet formerly owned by Princess Diana, a 2001 Daimler V8 formerly owned by the British queen, and a 2005 Rolls-Royce Phantom formerly owned by Elton John. Also offered is a 2002 Bentley Mulsanne produced by Bentley as part of the queen’s 2012 Diamond Jubilee celebration.

The ’01 Daimler has a supercharged engine and was built to the queen’s specifications. Silverstone reports that the queen rode some 11,000 miles in the car, which has a factory-adapted arm rest with a sliding holder specifically designed to hold her handbag.

The ’94 Audi cabriolet is finished in Gomera Pearl with Parchment leather and cream carpets and was delivered in March 1994. She reportedly traveled some 4,000 miles in the car, often with her sons William and Harry riding along. The car is being offered with 21,412 miles showing on its odometer.

The docket also includes a 1972 Fiat 500L originally purchased by former prime minister David Cameron as a birthday present for his wife Samatha.