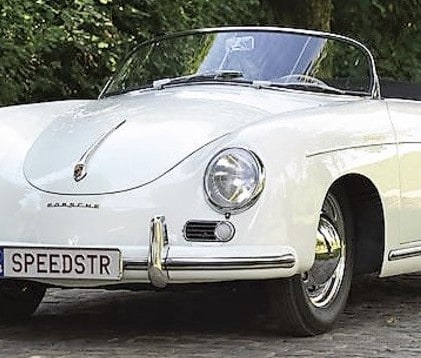 Porsches led Bonhams’ fourth annual auction Friday in Zoute, Belgium, with a concours-winning 1955 356 Speedster leading the sale with a stunning result of $654,500, including auction fee, further confirming the rising values of these iconic sports cars.

The Zoute sale is a boutique event with just 30 lots of cars and automotive collectibles offered, of which 28 sold. Bonhams did not release a total-sales figure, although adding up the individual results listed on the company’s website figured out to $5.05 million for the entire auction.

The top-selling result for the Speedster was followed by the sale of a brand-new Porsche, a highly sought-after 2016 911 R Type 991, of which just 991 were produced, of which all of them presold with a list price of $223,000 each. This was the first one to come to auction and the bidding frenzy – with 11 telephone bidders against those in the room – resulted in a sale that much-more than doubled the new-car price tag of six months ago: $539,000, including fee.

Another notable Porsche, a 1997 Porsche 928 Club Sport, one of five prototypes built for factory drivers, this one formerly owned by five-time Le Mans winner Derek Bell, reach a record result of $282,348, with fee.

“The room was packed and the atmosphere was tremendous,” James Knight, group motoring director and Zoute sale auctioneer, said in a news release. “We witnessed many spirited bidding battles from the audience as well as telephone and online bidders. These results clearly demonstrate that exceptional prices can be achieved at this venue and we very much look forward to returning in 2017.”

Bonhams’s next vehicle auction is the Autumn Stafford Sale of collector motorcycles, which takes place Sunday at the Staffordshire County Showground, UK.