This road trip hit the high points — all 50 of them 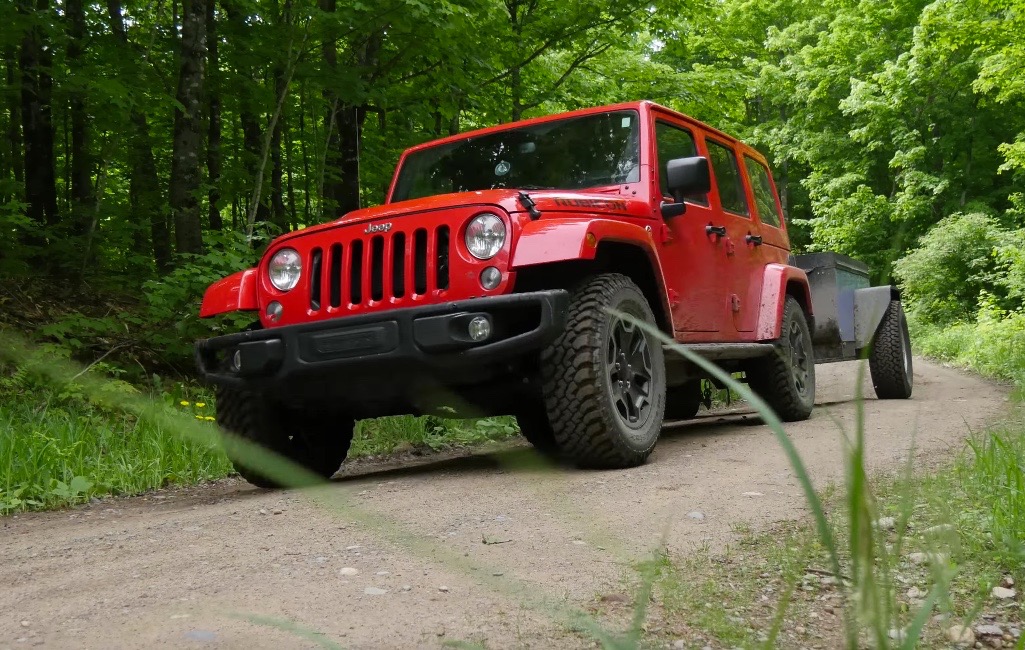 As I write this, the National Route 66 Motor Tour is making its way from Chicago to the Santa Monica Pier along the Mother Road. Someday I hope to be part of that tour, which moseys along, taking two full weeks to do the drive, stopping at all the highlight points along as much of the original road as still remains.

Recently I stumbled across another driving adventure that I think would be a lot of fun, given the right vehicle to attempt it. This being Classic Car News, that vehicle would need to be something along the lines of a vintage Jeep or a Toyota Land Cruiser or British Land Rover Discovery or maybe a classic Ford Bronco.

Hey, here’s a thought: With Ford apparently getting ready to roll out a new Bronco sometime around the 2020 model year, how about a three-vehicle caravan — a new Bronco pre-production prototype, a SEMA-style Bronco built around one of the new Dynacorn body, and a vintage Bronco?

Here’s the mission, which recently was accomplished by my friends from www.tfltruck.com: Drive to the highest point possible in each of the 50 states.

The TFL crew used a 2015 Jeep Rubicon Wrangler Hard Rock edition for its “Motor Mountain USA” mission, which it completed over the course of a year, and 35,000 miles. TFL is a Colorado-based website and YouTube channel that does car reviews and occasional road trips.

To involve its website visitors and YouTube viewers, it commissioned 50 unique, rodeo-style belt buckles and hid them near at each of the highest points reachable by a 4×4 SUV. It then published the GPS coordinates for those buckles and the first person to get there could keep the buckle. By the way, a few of them have yet to be discovered.

Staffers drove the Jeep to the top of the contiguous 48 states, then rented Jeeps for the Alaska and Hawaii legs.

“The interesting part was what you don’t think about when you start this,” said TFL managing editor Andre Smirnov, “not every highest mountain in every state is drivable.”

The second challenge, he said, is discovering where the highest drivable road may be. They called state departments of transportation and even various forest services and even then had to search further — using web forums and discussion groups — to find someone who might know the specific highest road in each state.

They also had to take weather into consideration, since the highest roads in some states are closed during the winter months.

“We chose to stay at campgrounds,” Smirnov said. “We had a trailer we towed, but cabins were the way to travel. The best thing about the trip was discovering those places. Most of us travel by interstate and don’t go off the beaten path.”

In several cases, he said, the highest roads are in state or national parks. “They’re beautiful” with gorgeous vistas.

The first state high-point by vehicle reached was the road at the Arizona Snowbowl ski run near Flagstaff. The road ended at the 9,500 foot level, though Humphreys Peak continues to climb a few more thousand feet into the sky.

The route ended on Mauna Kea, the Hawaiian volcano where you can drive to the 13,796-foot summit.

The highest drivable road in the U.S. is the one on Mount Evans in Colorado, where the parking lot at the summit is 14,130 feet above sea level, and only 140 feet shy of the actual summit. (The road climbs 20 feet higher than the one up Pikes Peak, the TFL crew noted.)

Alaska has the highest mountains in the country, but apparently the highest road reaches only to 4,739 feet at Atigun Pass, so the TFL team decided to make up for height with length and drove the Dalton Highway all the way to Prudhoe Bay.

And the lowest high-road in the U.S.? There’s a dog walking area in Lakewood Park, Florida, that is 345 feet above sea level.